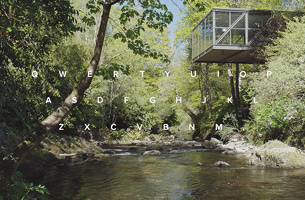 The campaign extols the paper’s 200-year-old brand of fearless, genuine, honest journalism through a spoken-word manifesto based on the 26 letters of the alphabet – the tools they have used to talk to the world since 1785 – and introduces a new one: the new digital edition for Ireland.

The publication’s new Irish edition builds on The Sunday Times’ strong existing presence and sales figures in the country and is available as a seven-day subscription package. A seven-day app and standalone website have been created, with a substantial percentage of original Irish editorial driven by a dedicated, 30-strong team of journalists based out of Dublin. It will also include world news and tailored UK coverage and is the first substantial investment in the Monday-Saturday Irish market in recent years.

The launch TV ad, which breaks today, features a series of cinematic snapshots from Ireland and the world against a backdrop of rich, intricate sound design. It’s narrated by a spoken-word manifesto that tips its hat to the 26 letters on a QWERTY keyboard– the 26 tools The Times & The Sunday Times have used to inform, provoke, question and entertain for 200 years:

“We’ve been Questioning the World and Encouraging Restless Thinking for two hundred Years. Serving up Unbiased, Intelligent Opinion, Political Analysis and Sport. Delivering Fearless, Genuine, Honest Journalism. And now we’re bringing our Knowledge and Learning from the Euro Zone to Generation X, with Cultural Views and Balanced News to a Modern Ireland, every day. And we’ll never stop.

“Now, we’re introducing a new one.”

Richard Oakley, editor of the Times & The Sunday Times’ Irish edition, has said: “Our new daily, digital, edition of the Times for the Irish market will be a national newspaper with a global outlook and exclusive sports highlight packages produced by a team of up to 30 Irish journalists based in Dublin. We are very proud to be the first title to invest at this level in the Monday-Saturday Irish market in recent years.”