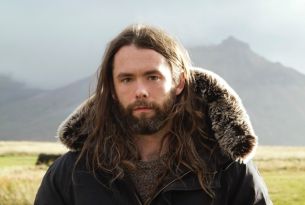 Gudmundur is an awarded Icelandic director based in Denmark. After graduating from Icelandic Art Academy in Fine Art, he moved to Denmark and studied screenwriting. His short films and feature debuts have been selected for more than 200 festivals and have won over 100 international awards.

His hauntingly beautiful short Whale Valley (2013) about the bond of two brothers received a Cannes Film Festival Special Mention and a nomination for the European Film Awards. Gudmundur developed and wrote his first feature Heartstone (2017) a very personal story about two boys coming of age in a small Icelandic fishing village during a Cannes Cinefondation, a Paris residency programme.

Paul Prince, CEO and Founding Partner of The Sweet Shop said, “Gudmundur is a very real talent, who is known to be among Iceland’s next generation of filmmakers. He shows a very strong voice in his work – it affects the heart and its vulnerability leaves a lasting impression. I’m so excited to see what we will create together.”

Gudmundur added, “The body of work coming out of The Sweet Shop is breathtaking. It’s work with real soul. The international nature of the company is a huge draw. I really believe that commercial film making is built on collaboration, and having the opportunity to work alongside creative agencies based in different countries and cultures is incredibly exciting for me.”

Gudmundur’s signing is yet more proof of The Sweet Shop’s continued commitment to offering brands and agencies fresh talent and developing directors who have a strong voice with skills spread across the industry.