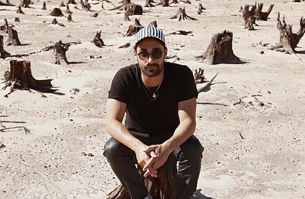 Fresh off his second Cannes Young Director Award win, Amos LeBlanc has signed with The Sweet Shop for international representation. In just a few short years, the MMVA “Director of the Year” has managed to build a reputation as one of the pre-eminent up-and-comers to watch thanks to his constant stream of unique, trendsetting, and viral work that pushes boundaries and challenges convention.

Originally from Toronto, Canada, Amos first started making skate films at a very young age. His eye for action quickly led to more varied projects and by the time he was eighteen he was working as a professional cinematographer shooting music videos for a long list of mainstream Canadian artists. During this time, Amos enrolled at Sheridan College for Media Arts where he took his many years of experience behind the camera and became a full time director.

A multiple awards winner, Amos credits his success to his drive to only make projects that are refreshing and unique. Through distinct visual expression and careful attention to performance he has built a reputation as both a visual auteur and the type of director actors love.

“Amos’ work hit me like a sweet punch in the gut,” says Laura Thoel, Managing Director of The Sweet Shop Los Angeles. “He has his pulse on what’s compelling and current and his work his innovative, clever, beautiful and raw. Super excited to see what comes next.”

Amos’ drive has lead to exciting partnerships with such brands as American Express, The Creator Class, Saks Fifth Avenue, and Budweiser among many others. His work in music videos has helped artists like Autoérotique, Thugli, and Keys N Krates make the move from indie darlings to popular favourites thanks to their collaborations on viral videos that have earned millions of views each.

“Amos LeBlanc’s signing is yet another example of The Sweet Shop’s ongoing commitment to developing new and original talent all across the globe,” says Paul Prince, The Sweet Shop’s CEO and Founding Partner. “I am thrilled to see what we create together.”