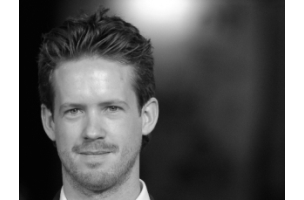 The Sweet Shop is hugely excited to announce the signing of Andrew Lang to its roster of directors.

With a background in documentary filmmaking, Andrew’s work has been praised for both its gritty authenticity and bold stylistic flourishes. Bringing an observational approach and instinctive understanding of storytelling to his work, Andrew has developed a reel featuring award-winning commercials, online content and documentaries.

“The Sweet Shop represents the best of all worlds,” says Andrew of his decision to join the company. “The roster is small enough for there’re to be a strong relationship between the management and the directors, but there’s also a global reach through their network of offices. I’m thrilled to be joining."

Andrew’s directorial career was launched in 2009 when his documentary feature debut Sons of Cuba won “Best Documentary” at the Rome International Film Festival, LA Latino Film Festival, and San Diego Latin American Film Festival as well as top honors at more than a dozen others. Spending 3 years in the Communist country, Andrew gained unprecedented access to a secret boxing academy for young children, creating a film that was both a moving, intimate portrait of the boys and a wider commentary on the country itself. Since then, Andrew has continued to direct gritty, intense work including the Channel 4 film Afghanistan: Lights, Camera, Death Threats about a group of Afghani directors targeted by the Taliban.  His trademark combination of realism and rich cinematic imagery has been used to create stylistically diverse pieces for companies such as Dulux, IKEA, FIFA, Gatorade, and Samsung for which his piece “We Are David Bailey” won a Gold Lion at Cannes.

Spencer Dodd, Managing Director for Europe adds: "Andrew has crafted work of a high level across all formats and for a variety of regions. His consistently strong and diverse work, alongside the fact he’s a thoroughly nice person, means he fits perfectly with The Sweet Shop. We’re really excited to have him here.”

The Sweet Shop’s CEO/Founding Partner Paul Prince comments: “Andrew is an incredible filmmaker. His understanding of story, and ability to get to the heart of his narrative and characters is second to none. I’m hugely excited that Andrew has chosen The Sweet Shop to represent him internationally."

Andrew’s signing is yet another indicator of The Sweet Shop’s ongoing commitment to growing talent with a strong voice and unique style across all parts of the globe.