The Super Bowl is Cheap (…If You Do It Right)

Brent Vartan, Chief Strategy Officer, Deutsch NY, on one of the biggest steals in advertising 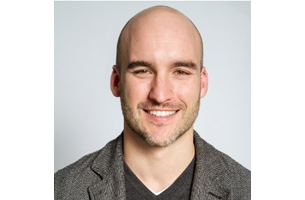 Is it worth it?

Working at an advertising agency has provided me with the opportunity to be a part of several Super Bowl efforts over the course of my career.

So, OF COURSE I would be high on the Super Bowl.

But so many people (a lot of whom haven’t been a part of a Super Bowl effort) write and/or say the juice isn’t worth the squeeze. They cite the numbers. They reference the CPMs (cost per thousand) and they write about the premiums one pays for what this season is a $4.5 million dollar: 30 second spot.

In all honesty, the premium an advertiser pays is still a steal.

The Super Bowl is arguably the only real cultural campfire we have anymore.

The Super Bowl is the one place where people commune around the commercials…and the social/mobile amplification of the moment is unreal.

The CPM doesn’t begin to account for the fact that people actually are looking forward to seeing the commercials. People aren’t skipping them. People are tuning into them – quieting people down so they can hear the commercials – people WANT to see them. People WANT to talk about them. The CPM doesn’t begin to account for just how engaged – how naturally incentivized to watch – the viewership is.

If you ignore the polls.

They are moment-in-time measurements – based on extremely subjective ‘likeability’ models – that struggle to predict what people REALLY will do after experiencing the commercial.

I worked on a brand with over $1 billion in revenue. We ran a Super Bowl spot that put their proposition in full – purposefully shocking display – and it ‘ranked’ toward the bottom of nearly every poll. It also was the reason why the brand had its single best business day in the company’s 15+ history.

A lot of advertisers get so wrapped up in ‘winning the polls’ that they think they need to put on this grand act to entertain and excite people. Sometimes it works. But most of the time, they get so focused on the performance that they forget the proposition. And people get confused. And that’s bad. Because some of the simplest work in the Super Bowl – spun around a compelling proposition – has been the best.

Stop trying so hard to amaze.

Just tap into a cultural insight that connects the masses and do something only YOUR brand could do when the country is watching.

If you do, that $4.5 million you just paid will be more than worth it.