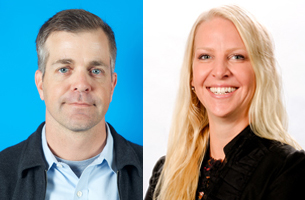 Only one team can win Super Bowl XLIX but the team that loses will have company in the form of the many advertisers that don’t effectively extend their reach beyond the $4.5 million, 30-second spots they bought. That’s why when the price of a spot goes up every year, brands, agencies and the press wonder: Is the return worth that price? The answer is, only if your marketing teams have delivered a customer-centric holistic experience beyond the TV screen to the more than 110 million viewers.

To best resonate with consumers expect to see increased messaging from brands that drives real human interaction.  We’ll continue to see more video, humor, pictures and social integration out of Super Bowl advertisers this year.  Brand messaging will be amplified off of the TV screen through visual stories created to inspire emotion.

Brands can still get digital wrong and the losers will be the ones that try to overly sell through batch-and-blast messaging or oversaturate their channels with uninspired content.  Brands need to think smartly about social media as well.  Losers will be the brands that focus too heavily on newer channels like Pinterest and Snapchat. While Super Bowl fans will flock to Pinterest for pregame recipes, viewers will dedicate their second-screen during the game to the immediacy of Twitter and Facebook’s new real-time trending Super Bowl Hub. Meanwhile, Snapchat whose audience is mostly female 13-25 (Forbes), will likely be on the losing end this year but don’t count them out for next year with the announcement of Snapchat Discover, which gives brands and media companies a new way to share content and engage with Snapchat users.

As such, each year the use of content marketing, especially in real time across social-media channels, increases around Super Bowl ad campaigns.

As brands produce more content they are truly becoming publishers, causing a shift in budget allocation from traditional media as marketers invest in their own content and media.

For example, Budweiser is building an on-site activation house dubbed ‘House of Whatever’ to facilitate parties, concerts and other activities.  Within this ‘House of Whatever’ will be a social media command center, where marketers will develop millennial-geared social content.  They’re taking the experience beyond Glendale.  Anheuser-Busch will also set up social media centers in St. Louis, New York and Paolo Alto during the game.  Expect to see a large digital push across all of the Anheuser-Busch brands.

The Budweiser ‘House of Whatever’ is a great opportunity for Anheuser-Busch to connect and engage with its customers.  If brands aren’t connecting with their customers – what does a commercial during the game really mean?  Winning campaigns will put customers first and deliver a holistic experience across all channels.

The role of digital in Super Bowl advertising is being underscored this year by the number of brands opting not to rely on a TV ad spot as part of their Super Bowl advertising strategy.  If you don’t see a TV spot for Papa Johns on Sunday, don’t worry you didn’t miss it.  They don’t have one planned.  Instead, Papa Johns is looking to activate on-site at the University of Phoenix Stadium in an effort to take 1 million pizza orders during the game.  With more than half of their sales coming from digital and mobile, they are well positioned to succeed – even without a pricey TV-spot.