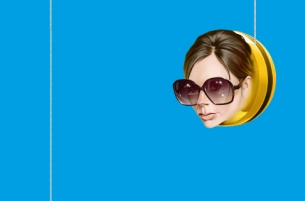 The Sunday Times this weekend revealed the advertising creative for this year’s Sunday Times Rich List, the definitive guide to the nation’s wealth, which will be published on 26th April.

The advertising creative by Grey London, part of WPP’s Team News, depicts caricatures of some of Britain’s most famous entries on the faces of yo-yos, playing on the theme of “who’s up, who’s down”. The celebrities featured are Victoria Beckham, Sir Elton John, Lord Alan Sugar, Sir Mick Jagger, Lewis Hamilton and Rory McIlroy.

This year the launch of the Rich List will be supported by a marketing and communications campaign that spans outdoor media, radio, in-paper advertising, online, print and POS, as well as PR and social media. 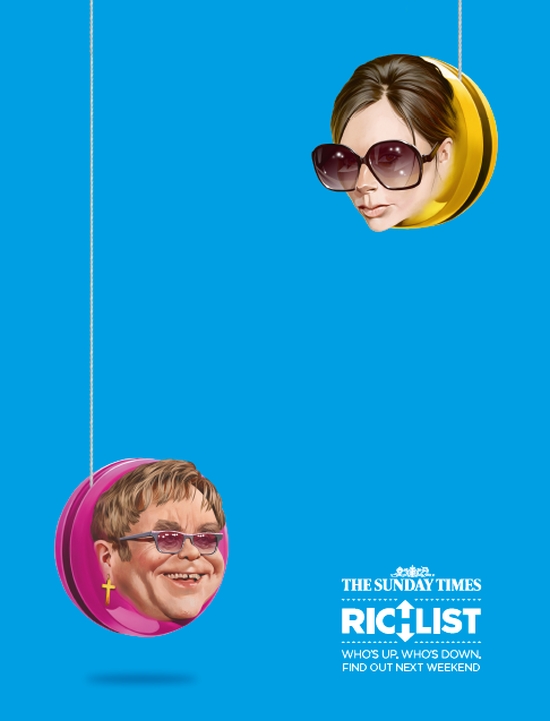 Commenting on the 2015 Sunday Times Rich List, Nick Stringer, Chief Creative Officer, News UK, said: "This year the advertising campaign has focused on the inherent interest our readers have in discovering who's up and who's down in The Sunday Times Rich List. We've taken illustrated caricatures of some of the more famous and recognisable names on the list, and through Grey London created another playful and engaging campaign to celebrate the definitive guide to the nation's wealth and spark interest in this year's movers and shakers."

The eagerly anticipated Rich List is the definitive guide to the wealth of individuals and families in Britain and Ireland, and requires extensive research, cross-referencing and checking. It exemplifies News UK’s rich heritage and commitment to investing in its journalism to continue offering readers of its papers world-class, unique and unrivalled content.

Launched in 1989 featuring the top 200 wealthiest people in the country, the list has grown to cover the top 1,000 and is now one of the biggest sales drivers of the year for The Sunday Times. The newspaper has expanded the reach of the list to cover the richest people in areas including music and sport, as well as the Giving List – people making the biggest donations to charity as a proportion of their wealth.

Last year’s Rich List was topped by brothers Sri and Gopi Hinduja with an estimated fortune of £11.9billion, replacing Alisher Usmanov on £10.56billion, who dropped to second, followed by Lakshmi Mittal and family in third at £10.25billion. The highest ranked Briton on the list was The Duke of Westminster, owner of a vast property empire, who was tenth with £8.5billion.