The Story Behind the Saddest Christmas Commercial Ever

Behind the Work 1.7k Add to collection 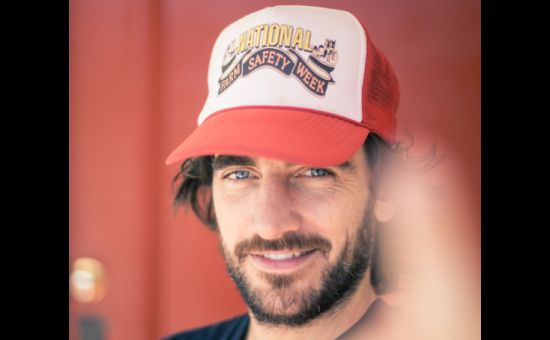 “I was sitting in the airport and CNN was on the TV… I looked up and they were talking about it and thought, ‘no waaaaay’!”

Director Alex Feil has had a surreal couple of weeks. The Christmas commercial he shot for German Supermarket Edeka has triggered tear ducts and inspired debate around the world. In fact, you’ve probably seen it – it’s officially the ‘most shared’ 2015 Christmas ad, has had over 40 million views on YouTube and over 64 million views on Facebook and has been picked up by every news channel you can think of, from the local (err, The Grimsby Telegraph?) to global behemoths – like the aforementioned CNN.

For Alex, though, the most rewarding responses have been the personal emails detailing people’s own surprisingly profound reactions to the film. There was the mum whose child told her ‘mum, I’ll never leave you’, the grown man who has been too embarrassed to tell his own kids that he cried, and one gentleman who ended up spending several thousand Euros on a ticket from Europe to Chile in order to visit his parents at Christmas.

How on earth has this ad, produced by Tempomedia, managed to trigger such deep emotions? Alex thinks that it’s because the spot is rooted in a truth that touches both parents and their children, particularly those adults caught between guilt and worry for their aging parents and concern about their own future.

As emotional as the spot is – just check out all those ‘Is this the most heart breaking ad ever?’ headlines – it has also prompted debate. Are commercials too manipulative? Should brands be making people feel guilty? Is it appropriate to play with the concept of death in ads – let alone the act of faking one’s death?

“Death is a delicate thing,” says Alex as he explains that the agency and client were highly aware of the sensitivities and risks involved. His directorial instinct told him that he should encourage the actors to dial down the sentimentality and that it was important to show the adult children in a neutral, non-judgemental light.

The most important thing for Alex was finding his way to a balance –he didn’t want the film to veer into mawkishness, but he still wanted it to trigger an emotional response in the viewer. “You balance things out in the editing room. But on the other hand – something I learned in the States – It’s all about the audience,” says Alex. “It can’t be too cheesy, but it has to push a button… When shooting I just followed my gut feeling.”

The production process brought some interesting challenges. The elderly actor at the centre of the spot is in his 80s and had to cope with three intensive days of shooting, but he connected strongly with the material and was really keen to push the emotion of his performance.

For the music, Alex worked with Supreme Music. Rather than the standard twee cover song that’s become the go-to soundtrack for Christmas ads, the team decided to compose an original track. It’s a decision that has paid off as the music plays a crucial role in the ad’s emotional impact.

‘Dad’ has helped propel the spot into a global hit – but Alex feels that an important element of the campaign’s context and strategy might have been overlooked by its global fans. Edeka is a brand that few people outside of Germany will be acquainted with, however the supermarket brand occupies a special place in the country’s collective consciousness. People tend to associate it with their home towns. The store will be local landmark, a memory from childhood and a familiar face when people head home to visit their parents. The story of #Heimkommen, or ‘Homecoming’, becomes even more powerful when you take this into consideration.

Yet even without this knowledge of a very German brand, the spot has become a bona fide international sensation. Watching the ad spread on Facebook has been a fascinating and exciting experience for Alex.  It’s also been surreal to hear people talking about the ad in sunny Los Angeles, Alex’s adopted home (he moved to L.A. two years ago, where he is repped by Believe Media). He might be developing a Hollywood feature right now, but it’s his Christmas commercial that’s the talk of tinsel town.

“I did not expect this! I was not the person sitting in the PPM meeting saying, ‘this will be on CNN, definitely!’”