The State of Play: Swedish Advertising in 2015

Trends and Insight 392 Add to collection 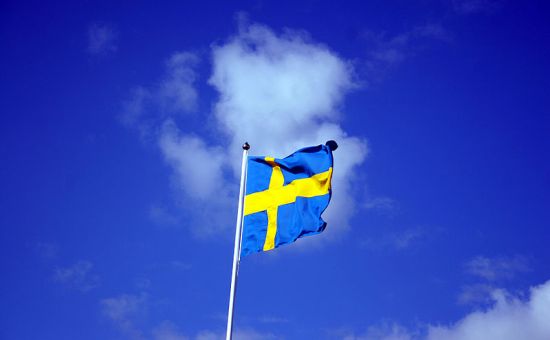 The Swedish advertising industry is a beacon for innovation and creative evolution – and while that makes it an incredibly exciting place to be it also means that the landscape’s always changing and there’s no room for complacency. We caught up with a range of experts to find out how the industry is faring today.

The only constant at the moment is change, which means that creatives, business leaders, strategists and producers are all being kept on their toes. “As in many other markets we are in the perfect storm of change. Industries collide, silos are being torn down and old definitions are no longer valid. So in many ways the market has been more inspiring, unsecure and up for grabs than ever before,” observes DDB Stockholm CEO David Sandstrom. “Since we are an agency that loves the dynamics of change, the market has treated us well so far.”

In terms of activity, the year got off to a slow start across the board, according to Camp David’s Kristina Wibom. “The year was really slow to start and it felt like it was for the whole business and then suddenly we had loads of pitches and we’re really busy. It’s picking up really fast now,” she says, noting that peers from other production companies had also told her they had experienced a similarly halting start to the year followed by a sudden influx of work to pitch on.

At production company Brokendoll, Brett Richards has a similar double-edged story. “So far for us the year has been brilliant. However it feels like the market is still struggling a little after the downturn,” he says, explaining that the industry is currently lively with activity but still tough.

Both Kristina at Camp David and Brett at Brokendoll have observed a growing gulf in budgets, with mid-sized work (1 million to 1.5 million Swedish Krona) growing rarer. It seems that clients are either spreading their money over more small scale cheap work or throwing everything after one big showcase project.

“Mid size budgets are disappearing and we are still seeing some ambitious big budget stuff but more and more small budget work,” explains Brett. “There is also an increase in the number of briefs that tie into branded content and or some kind of real life event.”

Meanwhile agencies have noticed that the sort of requests they’re seeing from brands are also evolving, with a greater emphasis on integration and collapsing the boundaries between different disciplines.

“We see increased requests for the combined potential of PR and advertising. We are changing our agency setup to meet their demands,” says Abby Norm’s Oskar Hellqvist.

Those blurring lines and growing diversity of services offered by agencies and creative shops is something that Philip Ahlqwist of Volontaire has also observed. “So far it’s been an interesting year with a lot of great work coming out from the agencies, we see an on-going trend of purpose and action-driven communication,” he says. “Especially interesting is the convergence of communication and technology as a new normal industry standard, which opens us up to a lot of new interesting collaborations and innovation. Today we work with everything from advertising to product development to new services; we see a new revolution in communication.”

DDB’s David Sandstrom thinks that this is due, in part, to an evolving relationship between clients and agency which means that the nature of their work has grown beyond communication and one-off campaigns. “The brief is slowly fading out, while the discussion around real business challenges is on the rise. It’s less about hit-and-run campaigns, and more about initiatives, platforms and building relationships with consumers. At the heart of all this is, of course, the digital transformation that is taking place in society. The result of this is that clients want to work even more integrated and on a daily basis with our agency.”

Volontaire’s Philip Ahlqwist agrees and suggests that one of the biggest challenges facing agencies these days is convincing brands that creative agencies are the most crucial partners they have and to persuade them to ‘hand over the factory keys’. “The clients understanding that will separate the successful from the super-successful.”

For production companies and VFX houses things are changing too. Just as agencies have seen the relationship with clients move upstream, production houses are also being brought on earlier in the process and before scripts have been finished. It’s becoming increasingly common for directors to help agency creatives refine or even develop scripts, which is great news for local directors but does render the process more complex for production companies.

Several local post houses we spoke to said that most of their work currently is coming from outside of Sweden and they are more actively engaging with international production companies. Meanwhile production houses have also experienced increased interest from agencies in other markets – Kristina Wibom mentions that Norway has become a particularly exciting market with lots of opportunities for agencies and production companies (indeed last year Camp David opened a pop-up office in Norway).

Chimney’s Henric Larsson concurs. “The Swedish market is small so you have to go abroad to do business, therefore we have experience in international trade,” he says.

Judging by the quality of innovative and well-crafted work we’ve seen over the past few months, creativity in Sweden is still going strong, buoyed perhaps by the unprecedented success of Forsman & Bodenfors’ Volvo campaign ‘Epic Split’ on last year’s awards circuit. But can 2015 prove to be just as great a year for Swedish advertising in such a changeable and unpredictable climate?