Trends and Insight 186 Add to collection 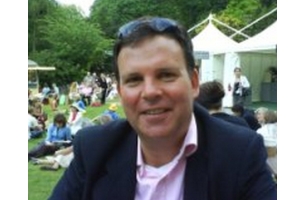 Nothing matches the power of hitching your brand to an A-list star. The same faces that influence the $1 trillion annual global movie box office can have a similar effect on a brand’s bottom line when they do the unusual – like agree to lease their star-power and consumer goodwill for use in a high-profile, high-budget ad campaign.

There was a time when employing a movie or music star in a campaign was somewhat unthinkable, especially for use within the U.S. These days, when it comes to agencies and campaigns outside their home country, American stars are more willing than ever to play ball – as long as the brand, the creative, the payment and the particulars of the shoot meet their needs.

Hollywood VIPs are still a tough get for agencies, even in Europe and Asia. They are very selective about what campaigns they will attach their names to, and their busy, globe-hopping schedules can make producing the spot a logistical nightmare. But in the end, a star-powered spot can be the key to generating the kind of buzz that can revive a mature brand or put a new one on the map.

What do you need to know to approach and work with a Hollywood A-lister? Here’s a brief history and some factors to consider.

First, a brief history of Hollywood’s A-list in adverts: The so-called Modern Era of this trend may have kicked off in 1972, when tough guy actor Charles "Death Wish" Bronson helped Japanese men’s toiletries company, Yanagiya, rebrand itself to the more macho moniker, Mandom, in a series of deadpan television spots. Golden Age Hollywood legend Paul Newman got into the act when he became the face of Maxwell House Coffee in both TV and print across Asia. More recently, Tommy Lee Jones riffed on his "Men in Black" character as another java spokesman in dozens of television spots for Japan’s Boss Coffee, and Julia Roberts pocketed $1.5 million for a silent role in a TV spot for Italian coffee maker Lavazza in 2010.

In Europe and Asia, Hollywood A-listers have lent out their images to brands that would still be taboo in the politically-correct U.S., including alcohol and cigarette marketers. In the early 80s, at the height of his "Saturday Night Fever" and "Grease" fame, John Travolta reprised his dance moves in three spots promoting the canned alcoholic beverage Tokyo Drink, while Keanu Reeves played off his sci-fi spacey movie image in a surreal spot for Japan’s Suntory Reserve Whiskey. Even Harrison Ford and Madonna have gotten in front of the camera in spots promoting liquor in Japan – Kirin Beer and Takara Sake, respectively. In 2013, Leonardo DiCaprio took to the small screen to promote Jim Beam in Japan, earning millions by uttering a mere four words: "Cool bourbon. Jim Beam."

Stars Are Brand-Sensitive… Putting the illustrations above aside, mega-stars are very particular about the brands they lend their faces and images to, seeking a win-win for both the brand and their reputation. The easiest campaigns to forge with a star are cause-related campaigns that align with their personal passions. A great example is the Bono-created AIDs fight (RED) campaign, which has included luminaries from ex-Presidents and business titans (Bill Clinton, Steve Jobs) to Hollywood legends (George Clooney, Julia Roberts) to music-makers (Elton John, Sting, Beyoncé). Brands that reinforce a celebrity’s particular image and straight luxury brands are also easier marriages; high-end designers and cosmetics, financial services, telecom and technology, watches and jewelry, and fitness are good fits with many stars. A number of big screen beauties magnify their images as the faces of famed designers, as with Angelina Jolie’s 2006 spots for Shiseido Cosmetics. Cameron Diaz and Brad Pitt have appeared in ads for Japan’s SoftBank Mobile, while George Clooney has taken to the small screen to promote Norway’s DNB Bank. Some hard-sell categories include some of the biggest advertisers: fast foods and packaged goods.

Another Must-Have: Top Draw, Award-Level Creative… Stars and their handlers are as particular about the creative of the ads they will star in as they are of the films they headline. From the concept to the choice of director, locations, effects, etc., all can be critical factors in a star’s decision to headline a campaign. And, as many are directors and writers in their own right, be prepared for creative input from the star that can shape the final concept.

What They Will Cost… As a rule of thumb, expect to dig deep into your budget. In terms of pure dollar compensation, stars of this magnitude can demand anywhere from the high-six figures up to $10 million. In 1999, Robert DeNiro pocketed a cool $4.8 million for appearing in an Italian ad for a lamp manufacturer. For their SoftBank ads, Cameron Diaz and Brad Pitt each earned a reported $1.5 million, while Julia Roberts’ non-speaking coffee spot earned her a $1.7 million payday. As in many other areas of business, equity is now king, with stars agreeing to reduce their upfront pay for a taste of the backend earnings.

The Complications of Shooting Stars in the U.S… From the standpoint of their schedules, the quality of the production staff and the scenery, big name stars often want their international commercial shot in the U.S. Naturally, what’s great for the star can be pretty complicated for the employer agency. First off is the basic paperwork for getting your necessary staffers in place; work permits and passports for the non-U.S. residents can take up to three weeks to sort out. As big stars are union, all actors used on the production will also need to be union members. Foreign agencies need an advocate to work on their behalf, that knows and adheres to all the ins-and-outs of the various, telephone directory-thick union contracts: the paperwork for hiring, transporting and accommodating talent, insuring that P&H (pension and health) is paid, providing the services of a third-party signatory, estimating residuals for usage, and so on.

Working with American Stars Abroad… Sounds easier to shoot the star abroad than on your home turf or in a country where the star is presently working on a film, right? Not exactly. According to Global Rule 1 of the SAG-AFTRA contract, union obligations follow a star wherever he or she works. That means – even in your home country –, signatory services must be provided, P&H must be paid, and more.

Ken Holden is Managing Director of Talent Partners Europe, the overseas arm of the leading talent and production support services firm in the advertising, film and television industries. 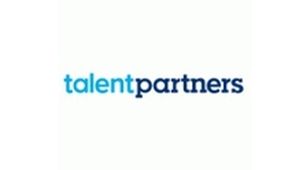 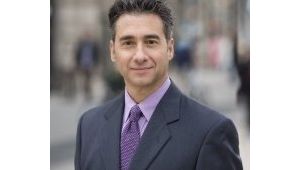 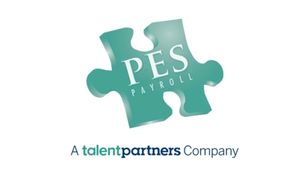