‘The Sound of Rebellion is Brewing’

Trends and Insight 255 1 Add to collection 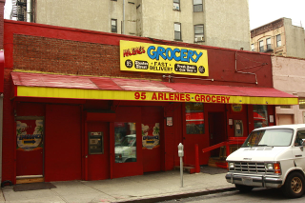 “There is so much energy flowing through this city. The cliché is true: NYC is like nowhere else in the world. It’s vibrant, it’s gritty, it’s sexy, it’s challenging, it’s full of contradiction. Even the weather contradicts itself from the 100º plus summers to the frozen winters.”

For Elijah B. Torn, Senior Creative Director at MassiveMusic New York, the city is alive with sounds and flavours and colours and voices.  There’s no shortage of creative inspiration – which might be why the city’s music and sound houses are some of the luckiest in the whole global advertising industry.

“I think New York itself is a huge inspiration for musicians and artists. Starting with the fact that there is always new music, comedy, art and food everyday. There is just straight up constant energy at all hours. It borders on hallucinogenic. You’ll be in a sea of business suits and someone with pink hair and clown pants will ride by on a kid’s bicycle covered in streamers. How do you not write a song about that? You can hear the constant chirping of car alarms all night but then can disappear into a 700 acre park and be surrounded by nature. Or you’re tapping out the rhythm of the subway into a new song and suddenly you’re at the Atlantic Ocean. Being able to go to a neighbourhood where you won’t hear your primary language spoken once gives you that perspective of being a fish out of water right in your own city. I find all of that to be incredibly inspiring and that’s just scratching the surface!”

If You Can Make it There…

New York’s music scene is a thing of legend, a mecca for aspiring and world class artists, composers and engineers. It means that the city’s music houses working with brands and advertising agencies have access to a unique blend of top and emerging talent, as well as a whirlwind of creativity and culture from which to draw inspiration.

“Culture and history rule here - there is no greater American melting pot, and the music benefits from this,” agrees Andrew Sherman, owner and CCO at Butter Music.

Mike Dragovic, NY Creative Director at Yessian Music, the patchwork of New York’s musical history is irresistible. From the jazz era to punk, hip hop to Broadway musicals, there are few movements that haven’t blossomed in the city.

“NYC has always attracted artistic talent of all kinds. Its history in that respect is unparalleled, having been the birthplace of many revolutionary arts movements. NYC is eternally at the vanguard of creativity,” he says.

But it’s not all about history and heritage for Mike. “The history itself is inspiring—hallowed ground and all that. Beyond that, the city has an intensity that is felt every time you step into it. It’s not just tourists and visitors who sense that electricity. It’s there all the time. That sense of urgency and momentum seeps into everything we do.”

And where do today’s music experts head to when they need a shot of that electricity?

“There are so many scenes now, not just in Manhattan, but throughout Brooklyn - Red Hook, Williamsburg, Bed Stuy - Queens, and even New Jersey—wherever musicians can afford to live, which is a constant struggle. I hang out in Red Hook a fair amount, but that’s because it’s close,” says Andrew. “In Manhattan, I think the lower east side is still the mecca for smaller acts and newer bands (places like The Rockwood, Arlene's Grocery, Poisson Rouge, Bitter End), but Williamsburg has a scene all its own, probably much more vibrant at this point. Red Hook has great music at Sunny’s and Bait and Tackle.”

These days there is no one dominant scene or spot and the venues so plentiful that it can take a while to whittle down your favourites. Elijah, who has put out his own collections of electronic music, surprisingly names a Brooklyn metal bar as one of his favourite spots.

“Having a special place to see live music in a city this overrun with venues is crucial. I’m a super big fan of the metal bar St. Vitus in Greenpoint, Brooklyn. And sure, metal may not be the most advertising-friendly, but it’s got a fantastic bar and great (heavy) music. Also in Brooklyn, Barbés has some of the most diverse musicians and artists imaginable. You can hear Mexican Funeral music one night, Greek Blues the next and songs about Tardigrades for the kids during the day. It’s a great way to get a worldwide musical education in one tiny venue.”

But despite the musical diversity, there’s one particular part of New York’s musical history that may be taking on a new relevance: punk. 2016 has certainly been tumultuous, and in the States there’s the surprise victory of Donald Trump in the elections to contend with. Could that reignite the city’s latent punk creativity?

Mike at Yessian is reserving judgement. “Sure, NYC was a key host for the punk movement, but so were Detroit, Minneapolis and of course London. The arts will always reflect the times, but one can’t always draw direct parallels between music and social happenings, particularly not as they’re occurring. It takes time and context to make those connections. Punk, like any other musical phenomenon, was as much a product of the social environment as it was a product of its musical precursors. How it might relate to our current situation? Too early to tell.”

“Challenging times can elicit great art and music has always been a strong outlet for the vox populi,” reflects Elijah, who has helpfully compiled a playlist of from the city’s grittier days. “The confluence of economics, politics and art definitely played a huge role in the Punk movement in NYC and in the birth of Hip Hop. We had the hardcore scene right up against cocaine-fuelled Wall street. Reaganomics left a lot of people feeling dejected and angry, much like the recent U.S. election results have. I think that in the current political climate people will find an increasing urgency to express their rights. Things feel less safe and that could translate into more creative risk-taking in music and art in response to this administration.”

Andrew at Butter thinks that a more rebellious sound is bubbling away underground, thanks to other cultural trends in New York. “The corporate headquarters for VICE are in Brooklyn, and they are huge media game changers - I wouldn’t be surprised if they alone generate enough demand for that kind of music. Bands from New York have a natural kind of grit, but I think the actual new sound of rebellion is just brewing now - Tribe Called Quest is back… wait for it… any minute now.”

… But What Does it Mean for Advertising?

That the advertising industry has been undergoing extreme disruption is not a new insight. However, with the explosion of new models, new media and new platforms, it seems that the diversity and vibrancy of New York’s music scene should make it particularly attractive to brands and creatives.

“Personally, I think agencies and clients are actually more adventurous now than ever,” says Andrew. “Today’s client thinks about a bigger picture (no pun intended) than a 30-60 second spot or TV ad. Also, their budgets have come down a bit, and that demands a new level of creativity to get the best bang for buck.”

Yessian Music founder Brian Yessian is also loving possibilities offered by projects that go beyond short, linear commercials. Recently Yessian have been working on virtual reality, experiential projects and more. And when you’re based in a city as noisy, fast-paced and constantly surprising as New York, these more expansive and immersive forms feel like a natural fit.

“Over the last several years we have been creating sound for more than just traditional TV ads and expanding into more experiential, digital, and now VR platforms,” says Brian. “A few we recently worked on include VR projects for Ford and Cisco, digital projects for Dos Equis Interactive Oculus based online experiences and themed entertainment projects for 3D/4D dark ride attractions including Ghostbusters and Bollywood.  We also completed a fully immersive sound and media experience for the One World Observatory in New York City that include walk-through experiences, elevators wrapped in media and a fully immersive sound and film experience on the 102nd floor.  So, needless to say, things are changing and we are enjoying the adventure.”