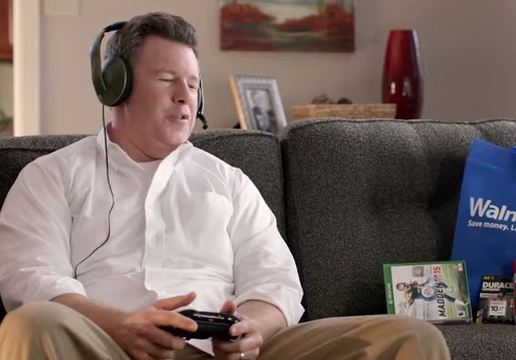 The Smack Talk guys are back in this new “If I Get To Play In The Stadium” spot for Walmart promoting the release of Madden 15, the popular NFL video game. To raise the stakes, Walmart is giving customers a chance to win an opportunity to play Madden 15 on the Big Screen at Dallas Stadium.

The dueling gamers go head-to-head with their wittiest remarks until Steve boasts about his new forty-seven inch TV, giving Nick the perfect opportunity to one-up him with the twenty-one-hundred inch stadium Big Screen. The viewer gets a peek at what it might look like to play on the biggest of Big Screens in the middle of Dallas stadium.