The Royal British Legion Wants You to Share a #KissForVEDay 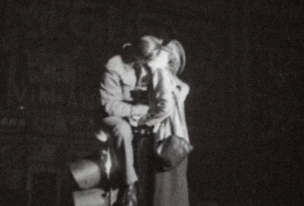 On 8 May 1945, huge crowds gathered across the country and cheered the end of WWII in Europe. After years of war, the country rejoiced, celebrating in the streets, dancing, hugging and kissing.

To commemorate the anniversary, The Royal British Legion wants the nation to experience a small part of the original VE Day celebration by making the kiss our official act of commemoration.

Created by RKCR/Y&R, the campaign will include an online film encouraging the nation to share their VE Day kisses - on the hand, cheek, or even the lips - via social media using #KissforVEDay.

Numerous celebrities will be sharing their VE Day kisses plus media partners and social influencers will be active throughout the build-up and during the occasion itself.  In addition Chris Evans will be encouraging crowds to take part in the official act of commemoration at the BBC’s VE Day concert on Saturday 9th May.

Throughout the campaign, all of the great images captured will be celebrated on The Royal British Legions bespoke microsite at www.veday.org.uk

The campaign was devised and led by RKCR/Y&R, with PR co-ordinated inhouse at the Legion and by Launch PR and digital support from agency Put It Out.