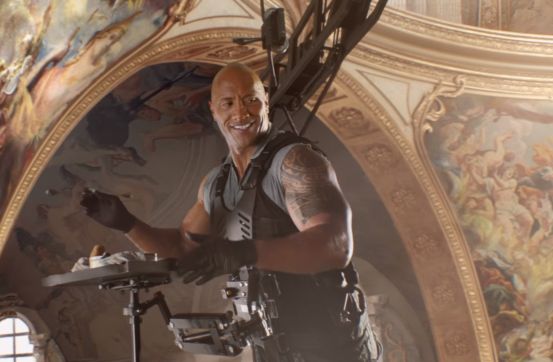 Buckle up ladies and gentleman, Dwayne 'The Rock' Johnson is taking you on the ride of a lifetime in the latest Apple ad 'The Rock x Siri Dominate the Day'.

Released last week, the film has already gone viral, amassing 23 million views across social media. Following up on the 3:30 short, Apple is now launching a series of 15 second spots leveraging the larger-than-life personality of The Rock.

The second wave of the campaign will roll out globally beginning on August 2nd starting in the US and China followed by Australia, Brazil, Canada, Chile, France, Germany, India, Italy, Japan, Korea, Mexico, Russia, Singapore, Spain, Thailand, Turkey, and the United Kingdom. There is also an an exclusive spot for China that prompted Johnson to learn some Mandarin in order to film a 15 second ad featuring the 'Do Not Disturb' mode that will run in Chinese cinema.