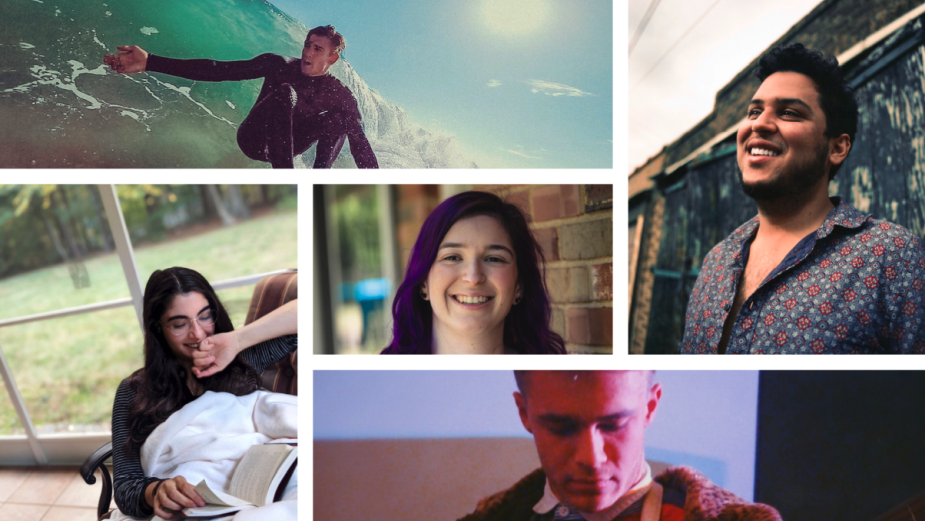 There’s nothing quite like your first few years in the industry. That learning period during which the size and complexity of the world’s creative network stretches out in front of you is a formative one. Crucially, it’s also a time during which that same industry comes to grips with the unique talent you’re adding into the mix.

It’s an experience currently being shared by five fresh faces at Wave Studios’ New York office. Eleni Giannopoulos, Xander Zooi, Isaac Matus, Austin Ferreira, and Allison Worth are all bringing their own creativity and ideas to the table in what’s set to be an exciting new era for the sound studio’s New York office.

To find out more about this fab five, including what inspires them, their approach to their craft and their goals for the future, LBB spoke to each of these exciting new talents. 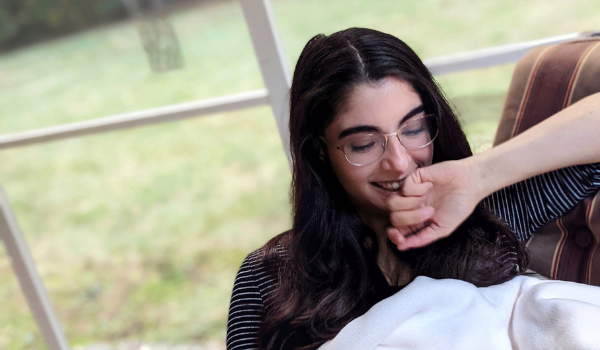 “I guess I always fit the classic nerd stereotype”, laughs Eleni as she reflects on her journey towards audio post-production as a career. “I was big on reading and writing. But I also had a bit of a rule-breaking streak which, if we’re being honest, kind of lends itself to a career in the advertising industry…”

Today, it’s sound design’s inherent sense of satisfaction which is igniting Eleni’s talent. “I love the idea of putting the final touches on something - projects are exciting to me when they’re ‘almost there’ and need that final bit of gloss to tie it all together and make it sing”, she explains. “It’s like the bow on a nicely wrapped gift. It has this great quality where, when the sound design and mix is finished and put to final picture, everything comes together and feels ‘done’. It’s awesome to see your work go straight out the door, so to speak”.

Eleni’s creative inspirations, however, go beyond the realm of music and sound. “A huge inspiration to me is Hedy Lamarr”, she says. “She lived the most remarkable life - she was an actress, a producer, and an inventor. She was considered one of the most beautiful actresses of her era, but she was a total genius who pioneered a radio transmission system used to guide torpedoes in World War 2, and laid the framework for the Bluetooth and GPS technology we use today. At the time, her work was dismissed as ‘tinkering’ but she basically steamrolled anyone with the expectation that a woman should just be one thing. So just know that thing you’re doing that other people don’t take seriously – it’s worth it”.

Day-to-day, Eleni is also finding inspiration in the quirks that come with working alongside the team at Wave NY. “You truly never know what you’re going to get”, she says. “I came out to the lounge one day to find Aaron [Reynolds, ECD/Partner] scraping sugar against a wall to record it. Another colleague was running up and down stairs so they could record the perfect level of being out of breath. It’s fun and at times bizarre - but it’s all in service of the craft”. 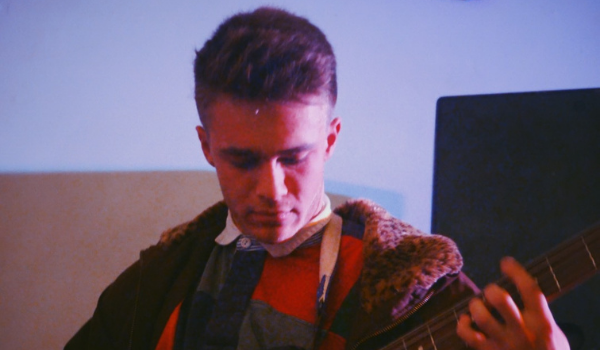 For Xander, a career in music and sound was always written in the stars. “I was very lucky to be born into a musical family”, he tells LBB. “My mom and brother are all in bands, and my dad is the head of a nonprofit called the Young Musicians Foundation. In a very teenager-y way I tried to rebel against that and aimed to become an allstar NBA player! But around my sophomore year in high school, I got serious about music and I haven’t looked back since”.

In Xander’s experience, what excites him most about the world of sound design is the potential scale it offers. “I love the idea of creating the soundtrack to a world. There’s a quote from Rick Rubin which goes something like, “music is the score to an unseen world” he says. “Sound design absolutely has that power - a great example is Star Wars. Even without any context, when you hear a lightsaber being ignited or a TIE flyer shooting off a gun, you know exactly where that is from. That’s the power of sound design”.

While he’s also interested in exploring the world of sound design for feature films, Xander is delighted to get the opportunity to learn about audio in advertising at Wave. “It sounds cliche, but the best part about working with Wave so far has been the people”, he explains. “They’re welcoming, super motivated, and incredibly talented. It’s hard to imagine a more ideal environment for a young person! In the best possible way, they’ve helped me figure out I have no idea what I’m talking about… and creatively that’s been eye-opening and invigorating”.

Casting his mind back over the course of the last couple of years, Xander identifies the pandemic-induced lockdown as a pivotal moment for many reasons. “I think, like millions of people, for me it was a chance to reflect on what I wanted out of life. That led me to pick up the guitar, make more music, and ultimately apply for this job. It was a time to force people out of their comfort zones and, whatever else, that’s a positive we can all take”. 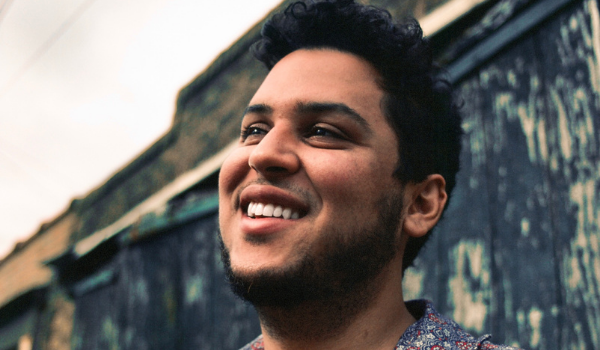 Reflecting on his journey so far, Isaac can trace his musical roots back to the early days of his childhood. “I was part of a generation who got to enjoy part of their life pre-internet, and part of it post-internet”, he notes. “So I remember having what now feels like this very kind of raw and unplugged energy playing music and forming bands with the kids in my neighbourhood. At that time there wasn’t quite yet a SoundCloud or Myspace platform to share it on - we all went on to grow up alongside that stuff. As hard as it may be to balance different endeavours, I think one of the reasons I strive to participate in musical projects is because I still cherish the energy that got me into the arts in the first place.”.

He’s thoughtful, also, about the connection between music and sound and how he can often travel between the two. “Music was, of course, a huge part of my journey into sound. But I became heavily invested in music technology, modular synthesis and, as I became more experimental, the appeal of sound design grew and grew”, he recalls. “There’s a guy called Richard Devine, who also experiments with both music and sound design. His career is kind of like a dream to me, where he’s associated with these abstract, almost otherworldly sounds and that’s what people come to him for. In the best possible way, his vibe is very weird. And weird is good”.

It’s Isaac’s search for unique, original and experimental sound design which has ultimately led him to Wave. “I think because Wave has this reputation from their original locations in London and Amsterdam, it’s a studio with a kind of pedigree and respect that most young companies take years to develop out here in the US”, he says. “As a result, there’s a tonne of interesting and cool work which comes through the door that gets me excited. It’s just a great place to be”. 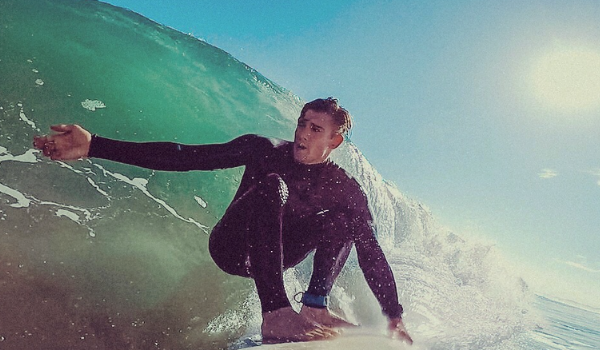 “I grew up with the skater, music and art kids - I didn’t feel like it was on purpose, they were just the ones that seemed to accept me the most”, reflects Austin.

While it may never have been part of his grand designs, it was through those communities that Austin was inspired by the craft that has gone onto define his career so far. “I was working as a live sound engineer for local venues, and that’s kind of how I got started in audio”, he says. “There were a lot of people who took me under their wing as an apprentice, and after that it was just about spending as much time as I could in the studio.”

Today, it’s the storytelling potential which is inspiring Austin. “Immersion as a concept is a big part of what I love about sound design. I feel like music is all about storytelling, but sound design brings the audience into the picture in a way which is really visceral and satisfying”, he says. “So as a result of that I’m really interested in working with lots of different forms of storytelling. I’d love to work on full length films and even videogames one day, for instance. You can really tell which projects keep sound design as a priority, and which haven’t! These mediums are all about bringing the audience into a new world, and sound design is integral for that.”

At Wave, Austin has found the perfect platform on which to hone both his talent and his curiosity. “It feels incredibly homegrown at Wave, with a team that’s tight-knit and knows how to get the best out of one another” he explains. “But at the same time, you pair that really authentic backdrop with the fact you’re doing work for some of the biggest and most influential clients in the world.” 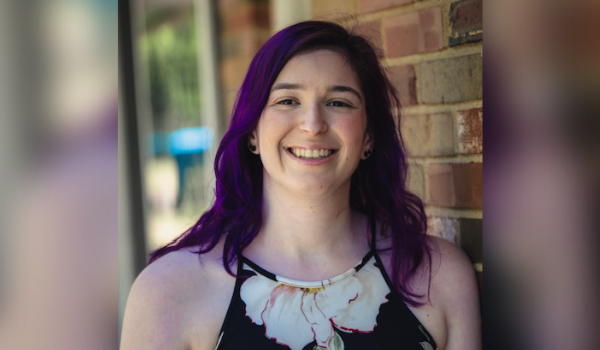 “As a kid I was all over the place - bouncing off the walls and brimming with energy!”

For Allison, part of her own journey has been about finding the best outlets through which to channel the curiosity generated by that energy. “At one point I thought I was going to be a veterinarian, but I took one look at cutting open an animal’s body and thought ‘nope!’”, she laughs. “I thought about being a writer for a while, but music and sound have always been something I’m really passionate about. My brother, who died when I was 15, loved to produce music - so that’s a big part of what motivates me, as well”.  But it was a college project on sound design that truly shifted her focus.

Similarly to Austin, the thrill of experimentation holds huge appeal for Allison. “I love warping sounds so that they come across as something they’re not - for example, I have a tonne of fun trying to nail down the roar of mythical creatures. Monster sounds in general are super enjoyable”, she says. “There was one project at school where I warped together the sounds of a lion, a tiger, a T-Rex, a deer and the sound of me scratching my nails. It was otherworldly, and so satisfying to listen back to”.

Away from the Wave studio, Allison also pursues plenty of side hustles. “I’m trying to get a second season of my podcast, They Made It Out Of Clay, off the ground”, she tells LBB. “It’s all about the Jewish inspirations behind various works of pop culture. I love dialogue editing and playing around with sound design as well, so it’s a great playground to be able to dip into”.

At the time of our conversation, Allison is only just coming up to one week working with the Wave team. “It’s cheesy, but I definitely feel like I’m part of a family already,” she says. “I just feel so accepted, it’s fantastic. There’s a curiosity which everyone on the team shares and encourages in one another, which just makes for the perfect environment for creativity." 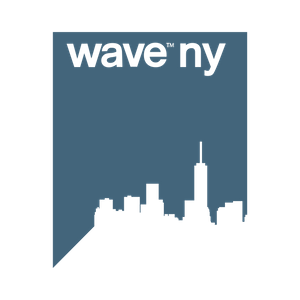 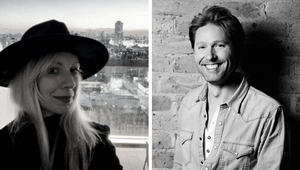 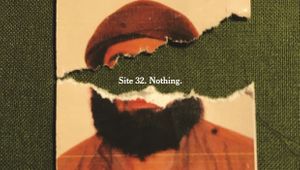 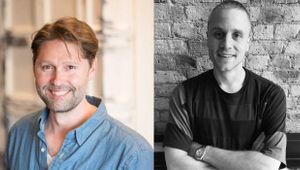 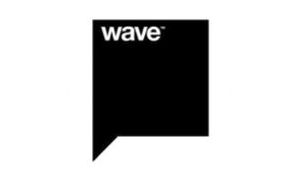 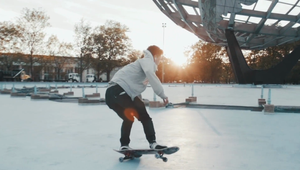 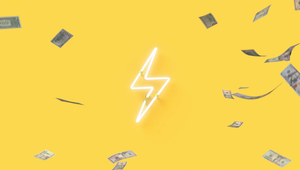 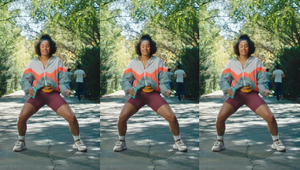 Zocdoc 'Get Your Docs In a Row' 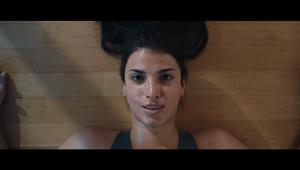