The Rise of Vertical Filmmaking 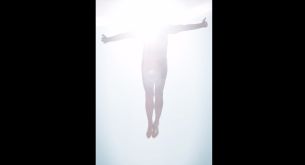 Think filmmaking, think glorious widescreen CinemaScope. What director doesn’t dream of seeing their work on a vast, landscape screen that almost envelopes the viewer’s peripheral vision? But that dream might have to be adjusted somewhat, or rather flipped by 90 degrees as vertical filmmaking gains prominence.

Vertical videos were once shunned by top filmmakers and there was even an organisation set up to ban them altogether but they are a common sight of the modern media ecosystem. Tall-framed videos have achieved greater prominence due to global mass adoption of smart phones and the resulting rising demand by brands for engaging, mobile-first-advertising. But perhaps the simplest reason for the rise of vertical video, whether cinematography auteurs would admit or not, is that filming on a phone held in a vertical position is just easier and more comfortable

So, it’s no surprise that vertical is growing and the medium has been consistently adopted in recent years to make short films, music videos and in recent months lengthy pieces of content for Instagram’s new vertical-focused platform IGTV. Vertical video is undeniably a growing movement. There are now global vertical film festivals, such as The Vertical Film Festival, and even Cannes Lions has hosted vertical film-focused events for the last three years running.

Vertical videos have come a long way from their first incarnations. To gain a finer perspective of the modern vertical scene, we spoke to New Zealander Dan Wright, Creative Director at Colenso BBDO and Founder of Tall Shorts Film Festival and Australian Adam Sebire, the Founder of the Vertical Film Festival to get you in the frame of mind for vertical filmmaking

Adam Sebire> We’re running the Festival again in December in Australia’s Blue Mountains and we should have the finalists viewable on our site before Christmas.

LBB> You started Tall Shorts Film Festival. How was 2018’s event and how can we see the winning film?

Dan Wright> The winner of our inaugural Tall Shorts Film Festival was selected by acclaimed New Zealand director, Taika Waititi (Thor Ragnarok, Hunt for the Wilderpeople, Boy). He chose a film by director Izzy Walsh which has not been released yet.

LBB> Vertical video is a controversial format and a difficult one for more traditional directors to get their heads around. What do you think are the unique advantages to making films in vertical?

Adam Sebire> Rather than merely cropping widescreen films, we’re interested in how the format encourages filmmakers and viewers to think about how choice of frame presents our world in a certain way. It necessarily includes and emphasises some things while excluding others. Challenging the hegemony of the horizontal frame can make viewers rethink films as unproblematic windows-onto-the-world. That said, obviously the subject matter that really suits vertical is stories about giraffes. And possibly humans as well, but who makes films about humans?!

Dan Wright> There are two huge advantages. One is that it’s a weird shape, and I think everyone is still figuring out how to make the most of that. But the second is immediate and profound: you can be sure that the person viewing your vertical video is holding a mobile phone in their hand. This may sound obvious or daft or both but knowing even that much about the context your film is being seen in can open up amazing possibilities; it’s intimate. Not just because it’s small and close, but because it’s a personal device. You’ve already got a connection; it’s not just a film screen. This screen comes with its own visual language. We’re used to seeing a mix of content and interface, words and pictures; it’s mobile. I know - but it’s literally in someone’s hand, on a print-resolution screen. They can draw you in close or hold you at arm’s length - that’s a brand-new thing in film.

LBB> When it comes to particularly innovative examples of vertical film, what stands out? Where are boundaries being pushed?

Adam Sebire> NRK the Norwegian Broadcaster has experimented with making vertical video that ‘works' in both landscape and portrait formats.

And I still rather like how Erik Schmitt parodied the black bars in The Santa Maria, which we showed at our 2016 Festival.

Dan Wright> We’ve been in this transitional phase - which I feel like we’re beginning to move out of - with loads of vertical content being published into spaces designed to house widescreen content. We’ve all seen the struggle of how to show vertical video on TV (what if we put a weird zoomed-in, blurred-out version on the sides). It’s a fun place to be, once we remember to make the awkwardness into a positive.

LBB> If a newbie wanted to get their heads around some of the best vertical video being made, what are your favourites?

Adam Sebire> Jean-Charles Granjon managed to shoot such a beautiful vertical film underwater in 4K AND at 1000 frames per second that it always blows me away. It won our 2016 competition:

And I’m still very impressed by the first screening of vertical films I ever saw (on CinemaScope film!) in Holland in 2014 — you can get an idea of the event here:

This screening got me thinking about how Marshall McLuhan’s famous dictum, that the Medium is the Message, might apply to vertical films. The way an idea is delivered is as important as the idea itself. It applies to handheld viewing devices as much if not more than TV, which is what he was talking about.

Dan Wright> There are so many. But I think it’s a format we’re still getting our heads around. There are a few themes I’m enjoying watching develop:

Films set on mobile devices. We had some great entries in our Tall Shorts Film Festival like this. Mini-dramas that played out via messenger screens, Snapchat posts and other apps, all shown at real-scale on your phone screen. It turns out we are so attuned to the emotional triggers of alert sounds and animations that it’s easy to be drawn into these stories.

Films designed for holding in your hand. The project that led to us launching the Tall Shorts Film Festival was a little of both the above: Dot, It was the lonely story of a simple grey dot - the kind you see bouncing on your phone when someone’s typing a reply to a message. It was set on a phone, and it set out to hijack the intimacy of the mobile experience to make you feel something for a simple grey circle.

Films designed for the frame. I think there’s huge untapped potential here - for the stories that have been screaming out to be told in tall format. Maybe they’re films no-one’s bothered to make before because they just haven’t quite fit. I’d love to see people use the limited width to their advantage for reveals and omissions, and that uncomfortable feeling you get when there’s a psycho killer in the house and everyone’s dead and the sole-survivor has their face very close to the edge of frame.

LBB> Instagram TV allows users to post long-form vertical films on the platform with up to an hour duration. What are your thoughts about IGTV - Instagram's new vertical video-first platform?

Adam Sebire> So far, I’ve seen a lot of things that are just centre-cuts of horizontal video: faux vertical. That’s a bit frustrating, as it usually makes a mockery of cinematographic framing principles, and the viewer is left with a sense of missing out, of having a diminished experience. I’m all for it if filmmakers shoot native 9:16.

Dan Wright> It’s great. The IGTV move is more an acknowledgement of the time people are spending watching content on their phones, but the watching and making are, of course, inextricably linked.

The opportunity of longform vertical video to move the format forward is enormous. It will push creators to find new ways to keep it visually interesting and it will attract more YouTubers with craft credentials to the format.

LBB> Shooting in portrait is native to mobile and thus is a perspective most prevalently found on social media through our phones. The mobile industry is performing at an all-time high with Apple being valued as the world's first trillion dollar company. Instagram has over 500 million accounts worldwide. Do you think we are in the golden era of vertical video making or is this just the start of the filming perspective's growth?

Adam Sebire> Well, you’re talking to someone who refuses to use a mobile telephone! But it’s fairly clear even to me that we’re just finding our feet in terms of using screen devices in a way which really makes use of their potential rather than trying to squash ‘old media’ awkwardly into them. The same happened with cinema for the first couple of decades — it was proscenium theatre without the sound. So, I think we’re on the cusp of something really interesting, and the more opportunities for innovation before the new visual language becomes settled the better. That’s been the idea behind the Vertical Film Festival (VFF) since 2016.

Adam Sebire> In a few years I think vertical video will be so commonplace that running the VFF will make about as much sense as running a "Horizontal Film Festival” today. It makes me think of Sergei Eisenstein’s proposal, back in 1932 when screen sizes were being standardised. He didn’t want this horizontal rectangle, which he felt was a throwback to theatre or painting; he proposed the “dynamic square” and then you could project onto it films that were tall, wide, square, circular or whatever. Xavier Dolan’s film Mommy might be an example: it starts off square before transforming shape at a pivotal emotional moment. In the digital era there’s no reason films can’t be made for dynamic aspect ratios. Vertical’s just the first big challenge to 120 years of rectangular screens, and there will be others to follow, particularly with the introduction this year of foldable screen devices which recall the early Renaissance diptych or triptych. I’m in the middle of a PhD on video diptychs, triptychs and polyptychs so don’t get me started!

Dan Wright> We’re certainly seeing it become mainstream. We’ve seen the influx of vertical video all but wash away the detractors. High-performance mobile phone cameras, paired with Snapchat, Instagram and the rest, mean we can self-publish increasingly high-quality content more easily than ever before. This doesn’t look like slowing down any time soon. But let’s not kids ourselves. Most of this content isn’t vertical as a creative choice, it’s just because it’s the easiest way to hold a phone. The film industry has spent a century crafting the composition of the horizontal frame for storytelling. The coming of age for vertical will be when it’s a creative choice as well as a convenient one - when we start using vertical for stories that would suffer by being squashed down into widescreen.