The Rise, Fall and Future of Mascots

The Influencers 283 Add to collection

Tom Hume, design director at RE London explains where mascots originated, if they are really effective and what their future holds 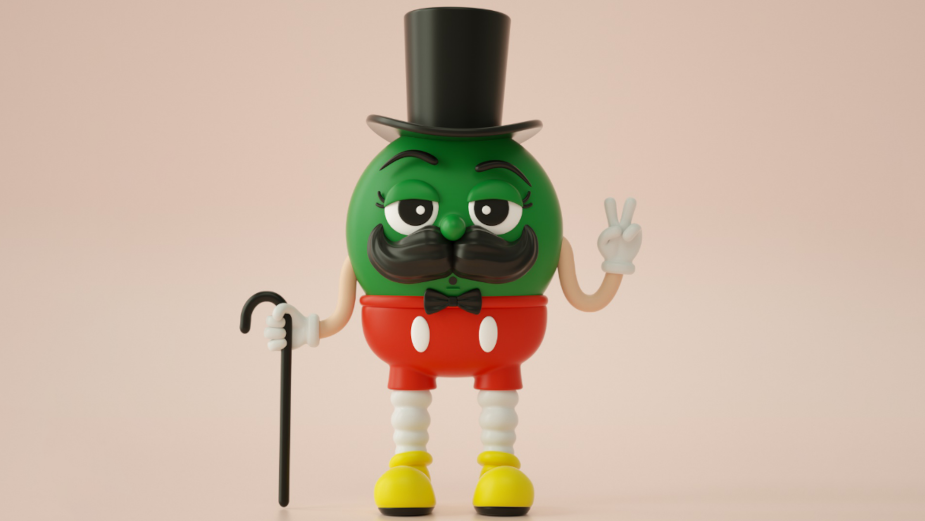 From creepy clowns to plush peanuts, mascots have been loved, hated, stolen, retired and cancelled. They come in a myriad of shapes and sizes, but regardless of appearance, one thing is for sure: they've become some of the most recognisable symbols of the world's biggest brands. But where did they come from, are they effective, and what does their future hold?

The Birth of Mascots

Mascots have been around for centuries in some form or another. But the word itself comes from an 1880s French opera, ‘La Mascotte’. It’s the story of a young farm girl who brought luck to all around her —as long as she remained a virgin.

Misogynistic plot aside, the idea of a good luck charm had entered the public consciousness, and was quickly adopted by sports teams who wanted a competitive advantage. Often taking the form of a ferocious predator, these larger-than-life mascots started stirring up fervour with fans along the side lines every week. Which, in turn, rallied the players on the pitch.

But it's not just sports teams that benefited from the good luck charm. To build up the fighting spirit during World War I, the English bulldog became a symbol of courage and determination for the British. All over the union, posters illustrated the tenacious dog standing above a mangled Nazi flag. Winston Churchill, during the Second World War, took on the mascot mantle himself and became affectionately known as the British Bulldog, bringing with it all the good and the bad connotations.

Across the pond, American politicians started seeing the benefits too. The Republicans became a grand old elephant, representing strength, power and wisdom. The Democrats became a less appealing donkey, first coined by the opposition, who believed that presidential hopeful Andrew Jackson was, well, a jackass. The Democrats, never being too proud, chose to own it. Today, both are emblazoned on badges everywhere, representing a truly divided nation.

The Power of Mascots

It wasn't just nations, sports teams and political parties that wanted a good luck charm. Brands did too. They quickly realised that mascots didn’t just have to be animals, they could be anything. A person, peanut or a product, it didn’t matter. Just as long as it was memorable and most importantly, on message.

There’s a strong reason for this. When we personify an organisation, we start applying human traits. This creates deeper, long-lasting connections. Think about it. You’d never name an animal you were about to eat, would you?

The power of personification can be multiplied too. When it’s on every product, in every app and on every advert, it becomes more familiar and therefore more accepted. This is the Exposure effect: the simple idea that the more we see something, the more we like it. This combination of personification and repetition have become a powerful marketing tool for brands. It works too. Studies show that brand mascots have been shown to increase profit and emotional connection up to 11.3% more than those without.[1]

Brands have known this for years. As a result, we’re emotionally connected to The Coca-Cola Bear, Mickey Mouse, Mr. Peanut, the Pillsbury Doughboy, Tony the Tiger, and the Kool-Aid Man. These mascots have created life-long recall and with that, loyalty. In the split second of a purchase decision, that matters.

The Decline of Mascots

Despite past popularity and proven results, today, mascots appear to be on the decline. This is likely due to the changing demands of a constantly evolving culture. Ronald McDonald was proving so effective at selling fast food that over 550 health professionals took out ads trying to retire him. Combine this with the scary clown sightings in 2016 and Ronald McDonald is as good as gone. 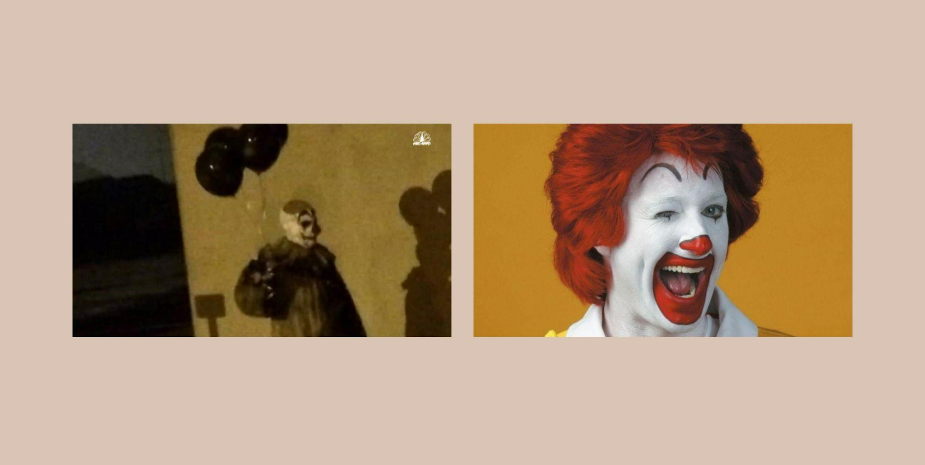 The murder of George Floyd in 2020 and the ensuing Black Lives Matter movement shone a much-needed light on problematic racial stereotypes that brands had fostered. Aunt Jemima and Uncle Ben were not the only mascots that felt antiquated.

Although we're seeing fewer mascots, we are seeing more celebrity brand partnerships. On McDonald's social media feed, you'll see more K-Pop bands than you will clowns. It makes sense. Why use Ronald McDonald when you can partner with someone who has over 61 million Instagram followers? It’s not just limited to the biggest bands in the world; influencers with wildly diverse passions, perspectives and audiences, are becoming the new brand ambassadors.

The Future of Mascots

While some brands have moved away from the mascots of old, there is still a future for them. Digital brands, whose product is often nothing more than an elaborate set of algorithms, use mascots to appear more approachable and less cold. Duolingo, Twitter and MailChimp all do this to great effect. Every time we tap their little faces, we build a stronger connection. You could also argue that in some ways, modern celebrity founders are filling the brand ambassador role that mascots used to play. Who needs the personification of Tesla, Amazon and Facebook, when the founders are front and centre?

But the technology of tomorrow looks increasingly likely to be the home of mascots. The dawn of the metaverse — however it looks — will allow for brands to be even more interactive and influential with customers everywhere. Wendy's have already taken the lead, by jumping into Fornite and promoting their campaign against frozen beef. They created a new game mode called Food Fight, where Team Pizza and Team Burger battled it out. Both players and streamers all over the world watched Wendy parachute down into the arena and smash freezers full of beef. 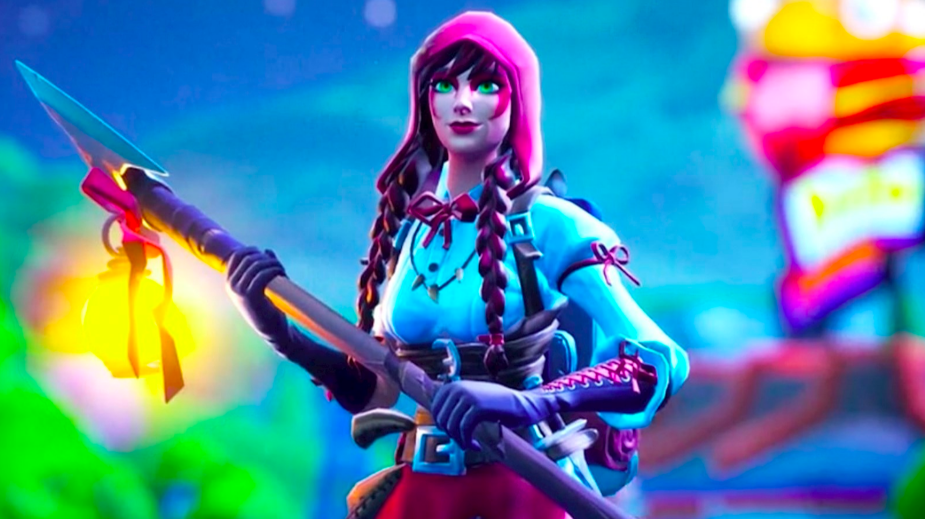 This, in part, worked because it was world-first and news-worthy. But it also worked because Wendy was engaging with customers on a whole new level. Wendy wasn't just talking to customers. Wendy was, for a moment in time, a teammate, playing for win, forging a unique connection. That’s more than just a good luck charm.

Ultimately, the role of any mascot — or any brand — is to build lasting connections with customers. To do this, they have to reflect the society they are in, using the most relevant technologies available. Especially as the world continues to get more digital, distracted and divided.

News from Re UK 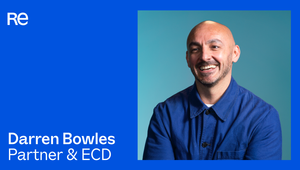 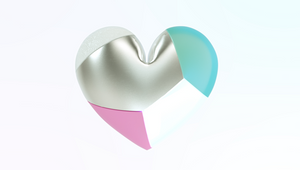 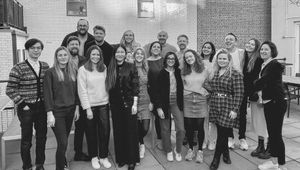 Work from Re UK