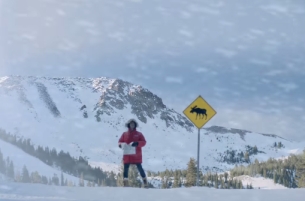 Sugar Film Production director Chris Smith tours the globe on a quest for the freshest ingredients in the charming 60 second H-E-B 2015 Super Bowl Spot, “On The Road,” out of The Richards Group. The spot features an H-E-B employee packing a suitcase for a worldwide quest to source the freshest ingredients for the one-of-a-kind products of H-E-B’s Primo Picks line.

The man makes his most valiant and earnest attempt to stretch his linguistic expertise and conquer local terrain as he goes straight to the source to extract queso from the Rio Grande Valley, lingonberries from Finland, balsamic vinegar from Italy, Celebration Cookies from Canada and fresh peppers for the delicious Pepper Toppers spreads from Peru.

Having previously collaborated with H-E-B and The Richards Group on numerous campaigns since 2004, including five prior Super Bowl spots, Smith was well prepared to create a global adventure on a short production timeline. Since the spot was slated to shoot over three days in California and cover five extremely different countries, Smith took excitement for scouting the perfect locations to create an authentically international atmosphere throughout. Careful attention was also paid throughout casting to bring in a diverse ensemble of actors that was anchored by the inquisitive and genuinely engrossed hero making the trek.

“Nothing is better to me on a shoot than working with smart, creative, friendly people who trust in each other. It makes the process extremely enjoyable even if you hit snags or changes while on production,” notes Smith. “Each time we’re lucky enough to be chosen for an H-E-B Super Bowl campaign, it’s always an exciting time where you want to up the one from the previous year.”