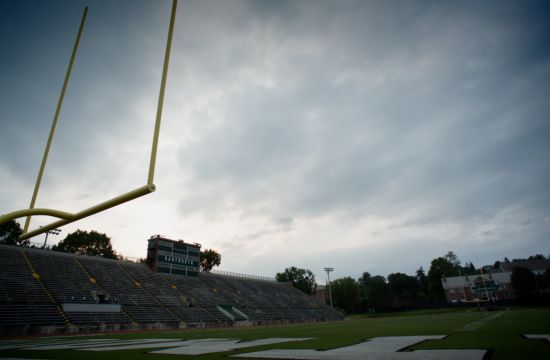 Agency The Richards Group recently collaborated with director Jeff Bednarz of Directorz and the team at Lucky Post to help create I’m A Football Player for The National Football Foundation (NFF). The commercial, now airing, inspires and connects with people whose lives were changed by football, via a portrait of Jeff Immelt, GE Chairman and CEO and former offensive lineman at Dartmouth College.

Wistfully recalling his Dartmouth days, he says: ”When I daydream, I don’t think about power-point charts or deals, I daydream about football. He also notes that the character developed on the field  along with football’s strategy and competitiveness is what forms the backbone of America and what makes the game beautiful. Interwoven with his candid thoughts on America’s most popular sport is archival footage and time-lapse shots of an empty field, evoking memory and the collective loss experienced without the game.”

The commercial is the centerpiece for Football Matters to Me, which encourages people to highlight football’s positive impact by utilizing social media platforms and the hashtag: #ImAFootballPlayer. According to the NFF, the campaign is a movementto ignite the passion we have for the game and to remind people that football goes beyond fantasy leagues, Friday night lights, Saturday tailgates and Sunday afternoons.