The partnership follows a successful collaboration on Apple Music 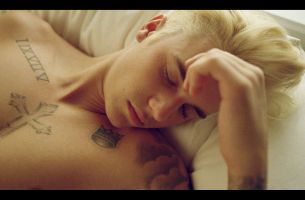 Following on from their successful collaboration on Apple Music, editor Adam Biskupski has partnered once again with director Tyrone Lebon to deliver the radical new global Calvin Klein Spring 2016 campaign. This captivating film, masterminded by acclaimed photographer and filmmaker Lebon (repped at Somesuch), features a plethora of today's handsome youth and super-starlets from actors, rappers, artistes and models with an abundance of confidence, attitude and self-assurance.

At the center of the campaign is the line, “I _ in #mycalvins,” an evolution of the brand's “mycalvins”.

Adam’s dynamic edit is fresh, funny and brimming with energy and urban appeal.

"It was great to team up with Tyrone again on these spots, he's always looking beyond and enjoys challenging the norm, and it's always fun to be a part of that process" comments Biskupski.