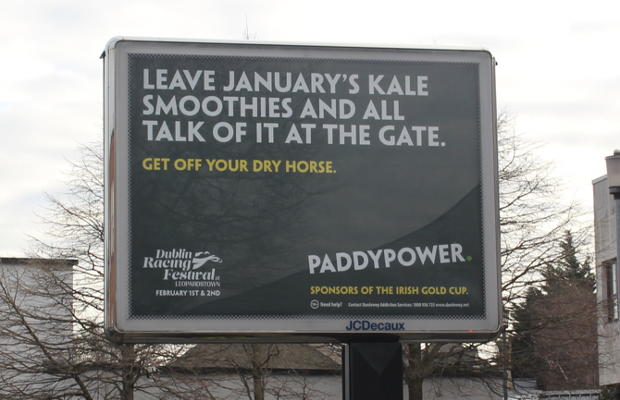 Independent agency The Public House has created a campaign to increase awareness of Paddy Power’s sponsorship of The Irish Gold Cup.

The strategic approach for the campaign centres on making the Dublin Racing Festival more culturally relevant, engaging people outside of National Hunt. Rather than simply announcing the festival, the campaign gets stuck into the Six Nations, which kicks off on the same day (February 1st) and takes aim at the holier-than-thou, kale-loving Dry January brigade. The sharp-witted campaign includes a heavy-weight outdoor campaign, a Luas takeover, radio and press.

Commenting on the work, Sarah Walsh, senior strategist, The Public Housesaid: “Working on a campaign like this for Paddy Power is great because it’s never just about the sport, it’s about what’s going on culturally around the sport and creating some mischief.”

Paul Mallon, head of brand marketing, Ireland, Paddy Power added: “We’re excited to start the decade with a renewed commitment to racing, and this is a great way to start things off. The guys at The Public House know how to dial up the creativity, and we have the perfect jockey/horse relationship, though I’m not going to say who’s who.” 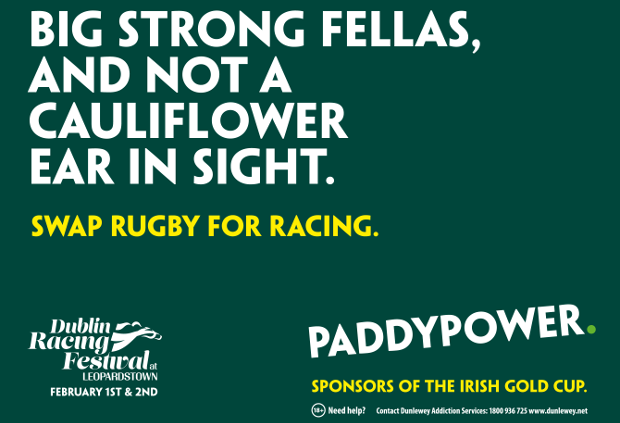 This campaign comes on the back of The Public House’s appointment as agency of record for Paddy Power in Ireland, following a competitive pitch.

The Public House is a full service agency with clients including FBD, Independent and EPIC: The Irish Emigration Museum. 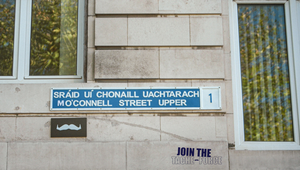 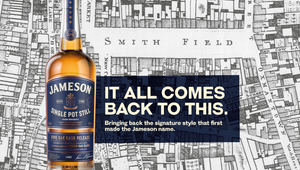 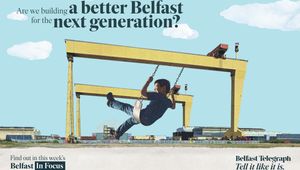 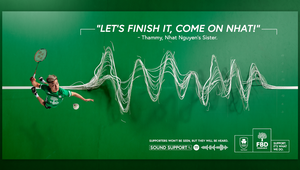 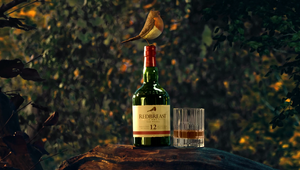 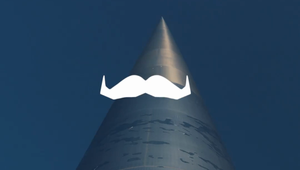 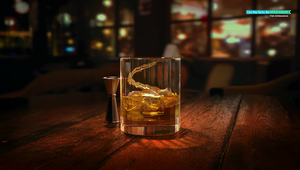 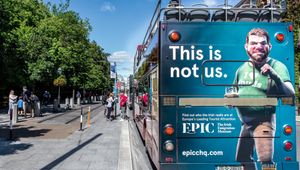