The Pride of Lions 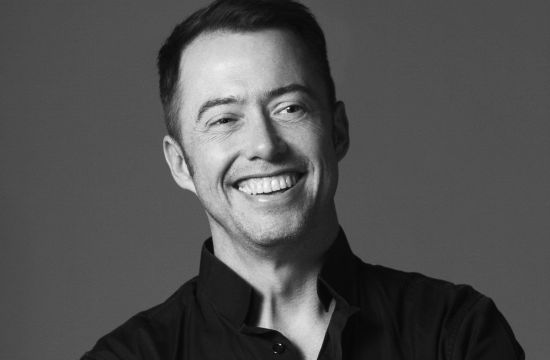 As I now, with many of my colleagues, prepare for an exciting week at the Cannes Lions International Festival Of Creativity 2019, the rest of my friends kick off the celebrations for Pride month. (Don’t worry - I’ll be right behind you!).

As a young gay creative in the '90s I always felt personally left out of the advertising I was producing. It was never reflective of the real life I led nor the dreams and aspirations that filled my heart. I longed for the day when I could use my imagination to depict gay men and women in my clients’ ads proving we were just as worthy customers as the horrible bully down the road.

Thankfully, we are now living in an age where diversity is seen as a positive thing – at least in marketing, that is. Not only has our industry woken up to female equality, it is speaking out against racial prejudice. Today it is also placing lesbians, gays, bisexuals, transgender and queers on the radar of a wider audience.

Like many of you, I firmly believe our business can create culture and inform opinions by example. The Cannes Lions has always been an opportunity to showcase this work, inspiring a braver year ahead.

Look at Gillette showing a trans teen learning to shave for the first time. Not only does it positively portray the young man but also the parent who is tenderly supporting his child. When I see that spot, I see unconditional love. And for many parents who do not know what to do in this situation, this mass media serves as an example.

Speaking of love is love. My hometown of Vienna along with Vangardist Magazine and the Vienna Tourist Board, pushed this quirky world-first marriage between Siri & Alexa. The two famous devices use a Pride Skill to talk about their feelings for each other followed by an emotional exchange of vows at the Belvedere Palace. After all, if A.I. can get married, so can LGBTQiA+, right?

Apart from being the right thing to do, diversity makes marketing sense. 'My people' use tampons, buy trainers, wash clothes, drive cars… In fact, we do everything 'normal' people do. Pink is a strong currency. Last year alone, the LGBTQiA+ community commanded just under one trillion Euros in spending power. However, we are not an easy cash cow. One needs to strike the right balance between purpose and profit. You can’t just shove two guys holding hands into an ad to tick a demographic. The storytelling should be relevant to both your target and brand. Or at least contribute to the cause.

In the US, Doritos have innovated their product by creating rainbow corn chips. Although for many carbs is a dirty word around this time of year, it is nonetheless reassuring to know this brand stands with us. When these chips are distributed to middle America, consumers who might be prejudiced against the community will see a big, well-loved brand taking a stand for diversity and ask questions. That behaviour just might soften them a little, so they are kinder to the next gay kid they meet. (As for me, I feel the brand is doing something interesting, and when beach season is over, I will remember it.)

But let’s be frank, diversity in marketing communication alone will not solve all the problems. Governments and institutions need to step up. Homosexuality is still illegal in 74 countries with hate crimes on the rise every day. In Brazil, one person is killed every 19 hours. In Latin America lesbians are being raped by homophobic men with the distasteful belief that this sexual abuse will 'cure' them.

Astoundingly, Article 2 of the United Nations Declaration Of Human Rights does not even protect people of different sexualities, hence in many cases there are few improving laws. In Chechnya, gay men are being interned in camps as there is no greater body to protect them.

Such horrors were brought to life in the 'Pink Triangle Project' conceived by Serviceplan with Vangardist Magazine and Mauthausen Memorial. For the first time in history, members of the LGBTQiA+ community went inside the former Nazi concentration camp wearing the same pink triangles fascists forced homosexuals to wear during WW2.

As we now approach the 50th anniversary of the Stonewall riots in New York (and Judy Garland’s death - R.I.P.), I am grateful how far we have come. I am proud I can now use my voice to show our diverse community to the world. I am grateful to the clients and colleagues who continue to stand up for men and women of all walks of life. I am in awe of Ryan Murphy, Ru Paul, Ellen DeGeneres, Troye Sivan and other creators who communicate our stories to the mainstream. But most of all I celebrate the courage of the teens, trans, lesbians, gays and queers who simply show up to life every day.

Have a roaring Lions and happy Pride.

We have much to celebrate!