The Premier League at 25: Adland Reflects

England’s top football league is worth big, big bucks in 2017 and is watched all around the world – what does the future hold and what are the opportunities for your clients? 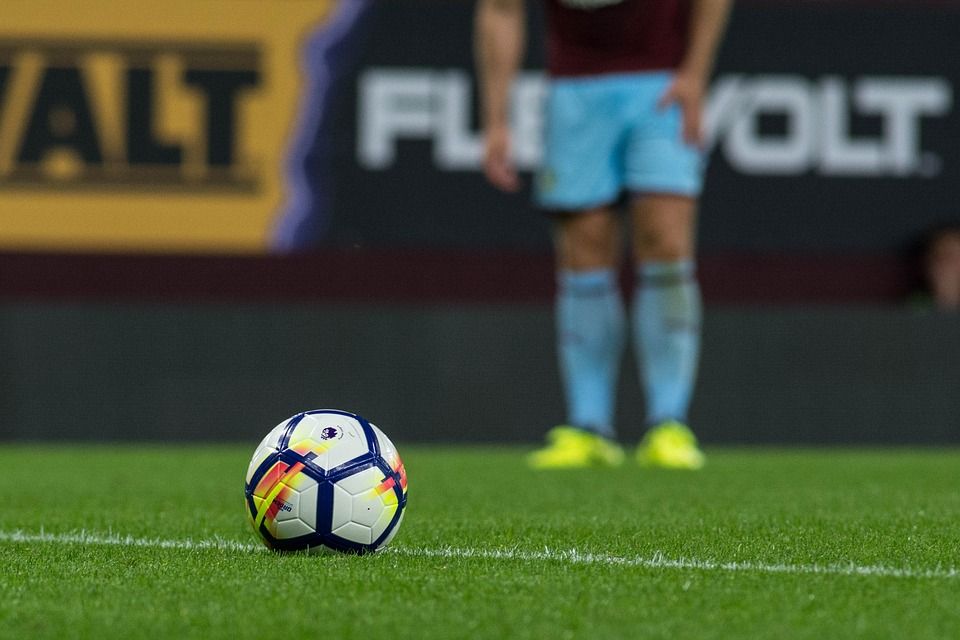 The Premier League turned the grand old age of 25 this week, and over the course of its quarter century in our minds and hearts, on our TVs, radios and computer screens, it really has changed quite a lot. Most of those changes are to do with the big bucks that are part and parcel of the competition. In 1992 Sky Sports paid *only* £191million to broadcast the inaugural Premier League. The last TV deal was worth more than £5billion – and that’s just in the UK.

The Premier League is now a fully bona fide global entity. Teams have huge followings in Asia and North America and many of them embark on pre-season tours to those regions to better connect with fans and gain new ones. The Premier League is expected to earn £3.2billion pound from foreign broadcasters in the next few years.

So what else does the future hold for the world’s most popular football – or soccer – league? Given the amount of money at hand, there are undoubtedly opportunities for advertisers and their agencies – so we’re handing this discussion over to them.

Just as we will all look back with nostalgia on Richard Keys, that Rooney volley and pizza infused tunnel bust-ups, it is actually the future of the Premier League which we should give our attention.

Right now, our consumption of football media looks entirely different to five years ago, let alone 25 years ago. So what the competition might look like a quarter of a century into the future is an astonishing prospect. We’re currently in an era where we search for goals as gifs via micro-blogging sites and real-time platforms. We readily consume games via conversations in messenger environments, and perpetuate animated memes of moments which survive far longer in the memory than any score. Our player access has gone through the roof but not via traditional means. Instead, we’ll be told about United’s big money transfer because their star player announces it through his scripted Instagram stories.

Live streaming is happening everywhere, and will respond to behaviour predicated on interaction, feedback loops and audience engagement rather than solely one way broadcast principles.

Back in 1994, (when Le Tissier won goal of the season) Amazon was founded with sights set solely on being an efficient online book shop. As we gaze into the future of the Premier League, who would bet against it joining the likes of Facebook in completely disrupting the game and how we watch it?

Whether it’s the growth of a club fan base, escalation of broadcast rights fees, various brand partnership deals, ballooning TV viewership or the trend around financial investment in EPL clubs – it’s all been happening in Asia over the last 25 years.

In the latest round of broadcast rights sales LeTV (Hong Kong) amazed the market with an £85million+ per year bid outstripping Thailand’s £65million per annum, and analysts are suggesting the region’s rights have grown over 100 times since the EPL formed in 1992.

These prices are driven by a demanding Asian consumer (EPL fans topping 174million in China) and Asian brands tapping into this fan base in their home region as well as recognising the global reach of the Premier League brand (think about the Yokohama shirt sponsorship of Chelsea).

This results in huge opportunities for Asian agencies from both a sales and consulting perspective. The biggest challenge and opportunity is ensuring Asian brands look well beyond the sponsorship rights fee. Developing clearly defined amplification plans, bringing assets to life across their product portfolio, ensuring local market buy-in and unique content opportunities are a must. This should drive longer-term partnerships in the region, benefiting club, brand and fans alike.

As the Premier League kicked off last weekend, the Octagon office is teeming with excitement on which players to draft in their fantasy squads. Indeed, fans in Asia just can’t get enough of the Premier League! The latest figures from Global Web Index revealed a massive fan base of 548million followers from this region.

There are several key factors behind British football’s soaring fan engagement in Asia, but one of the key reasons is PL’s first move advantage. Long before other European leagues expanded to overseas markets, the BBC and ITV were already broadcasting matches in Asia. Thus the Premier League became the first major European league to be seen by the Asian public.

PL clubs have been actively developing and growing their fan base in Asia. Take the record sell-out of the recent Premier League Asia Trophy (http://www.liverpoolfc.com/news/tour-2017/268557-watch-liverpool-arrive-in-hong-kong-for-premier-league-asia-trophy) (Hong Kong), for example. As the main club sponsor of Liverpool FC, Standard Chartered leveraged the team’s visit to the market by engaging clients, staff, and fans through exclusive events that featured first team players, Jürgen Klopp, and club legends.

New technologies have also given brands the opportunity to enhance fans’ experience. This is best exemplified in the award-winning virtual reality work ‘Inside Anfield’. Harnessing the power of innovative technology in immersive storytelling, Standard Chartered transported fans from outside the UK to the club’s sacred home ground, allowing fans to experience the inner sanctum of the club from wherever they were in the world.

The recent evolution of the Premier League is quite a stark departure from where they have been over the past two-and-a-half decades. Since its inception, the Premier League has had quite an official, corporate feel to its identity. This was compounded in 2001 with the introduction of Barclaycard as the title sponsor, switching to Barclays in 2004. Over the years, both visually and audibly, the competition started to suffer from the 'banking' style identity and felt too far removed from the everyday fan. Its most recent anthem prior to the 2016 brand overhaul only solidified the corporate feel, positioning the brand in a space where most football and other sporting leagues sit, trying to emulate the epic feel of the (perhaps slightly elitist) Champions League.

The current sonic identity, developed as part of the 2016 rebrand, is not just a standard anthem licensed from a band or a composed theme that tries to achieve what everyone else is doing. The Premier League wisely decided to own a whole new space in musical style, and create a highly adaptable sound world that works on all of their global broadcasts, in stadiums, even in gaming, and more recently updated and released to fans on Spotify.

In creating the new vibrant identity, both visually and sonically, the brand appears to be listening to its fans and showing that it wants to engage with them in a much deeper way. To get them to fall back in love with the Premier League, rather than just to love their team.

On the day the Premier League launched, nothing new was actually created.

At that moment in time, whilst the name changed, the core product of football was the same as it had always been.

But, over the following 25 years the consequences and impact of the re-brand proved to be enormous.

Football became more saleable. Millions of fans, first in the UK and then abroad, were persuaded to start paying a premium for the football they loved and had previously been watching for free.

A clear brand meant it was easier for advertisers to harness the emotional power of sport and be willing to pay for the privilege.

This in turn increased revenues, attracted better players, improved the infrastructure of the game and it’s broadcasting and ultimately the standard of football on the pitch. In short, the core product got better.

In an era where brand and marketing is limited to mere window-dressing, the story of the birth of the Premier League is a refreshing reminder of the potential power of a brand to help make a product better.

Television broadcast has been the most enduring technology in football during the 25 years of the Premier League. Sky helped create the new top division in English football and as expected have dominated coverage, seeing off most challengers and only recently being tested by BT Sport. However, the good times that television networks have enjoyed could be nearing an end, at least in traditional means, as live streaming in sport begins to gain traction, and rightly so.

Amazon has very recently secured a streaming deal with Eurosport that will give Prime subscribers in Austria and Germany exclusive sports content. This sits alongside their deal for the British broadcasting rights to ATP World Tour Tennis, outbidding Sky in the process.

With this ever-increasing competition for users’ time and attention we expect to see the stadiums of the Premier League deliver more engaging fan experiences over the next 25 years. Clubs will be looking at new and innovative technologies to create the best fan experience for those enjoying the live event as well as those watching on from across the globe.

In my mind, there are three key reasons for the Premier League’s growth in the US.

First, It’s English. Americans are familiar with the English and we pick it up easier than the Serie A, La Liga, or even Bundesliga. Second, it’s on NBC Sports which is in nearly 85 million households, almost triple Bein’s distribution. And finally, parity. Four or five teams are in the race for most of the season. In most other leagues, it’s always one or two teams from the start.

The growth of the league has brought Nike back. When Manchester United parted with Nike, only Manchester City remained. This season they now also have Chelsea, Tottenham, and new comers Brighton & Hove Albion. The challenge for brands and agencies is that if you’re not a sponsor the ad opportunities aren’t great because unlike every other sport, commercial breaks only come every 45 minutes and that window is only 15 minutes long. The other challenge is that viewership dropped from 15/16 to 16/17 (thanks, Leicester) and with games starting at 7:30am on the east coast and the unwatchable time of 4:30am on the west, steady viewership remains only with die hard fans - the casual fan is harder to grab.

But soccer isn’t slowing down and even the MLS is coming into its own, recently turning down a $4 billion rights deal from MP Silva.