The Power Of A Smile. SS+K Create Campaign For Smile Train. 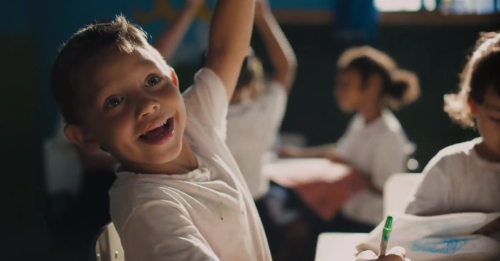 Smile Train, the world’s largest cleft charity, is launching a new ad campaign aimed at donors in the US/UK this week. The campaign, created by creative agency SS+K, is a radical departure from familiar direct response charity advertising that features third world plights viewed through the donor’s eyes. Instead, Smile Train sent City of God director Kátia Lund and award-winning photojournalist Alex Webb far into developing countries to capture photographs of real-life Smile Train patients in their daily lives that have been transformed by cleft surgery.

As Smile Train seeks to increase awareness by reaching new audiences and engaging more with existing donors, they are focusing resources on an integrated approach -- through media (via The Media Kitchen), a new look and new creative. The campaign will run across major media channels: TV, Print, Digital and Search, and also includes unique social engagement tactics and curated partnerships with sites like National Geographic and The Atlantic (Specifically in the UK, print will run in The Telegraph, What's On TV and The Big Issue, and more). The campaign is part of Smile Train's ongoing fundraising and awareness-building efforts and is designed to drive further support for its global work.

At the heart of the campaign, a TV spot shot from the point-of-view of 4-year-old Davi, of Sao Paulo immediately puts the viewer in the shoes of a child with cleft showing difficulty breathing, eating and being shunned by other children. After his surgery, Davi’s unabashed grin is radiant as he raises his hand in class, eats with his family and plays soccer with his new friends.