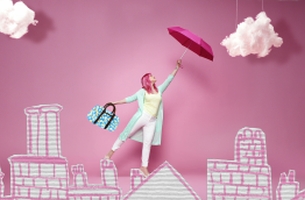 Celebrating the eclectic nature of contemporary families, this spot takes us on a heart-warming tour of the Matalan range, proving there is something in their catalogue for every member of your unique, modern family.

Nick’s edit has a cheery, handcrafted aesthetic, with children’s drawings making up much of the animation.  Of course, rhythm is an integral part of editing to poetry, and Nick keeps the action rollicking along in perfect time to the melodic tones of Roger McGough ‘s voiceover.  The clever use of animation, sound effects and props makes this studio filmed piece feels dynamic and exciting, guiding us through the disparate families made up by the 86-strong cast (and one dog).

Dawn’s stylish direction and Nick’s accomplished editing combine to create a fun, offbeat ad, lending itself to the diversity of Matalan’s collection.