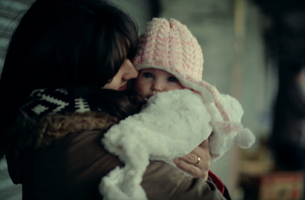 Written by 18 Feet & Rising and shot through HLA this 60” spot for Nationwide uses a collection of vignettes to showcase how Nationwide is favoured by its customers because it understands the complexity of ‘simple’ everyday life in which its customer lives.

Shot over 6 days in around Manchester and Wales using the Cannon 5D this multi-format multi-camera film uses single long exposure shots and time lapse photography to produce this montage of moving images.  This particular shoot technique has the desired effect of creating a mesmerizing almost hypnotic quality to the film which is reminiscent of some stylish music videos.

Adam’s edit enhances the observational nature of the film capturing everyday moments in people lives with a remote yet subtly attached connection.