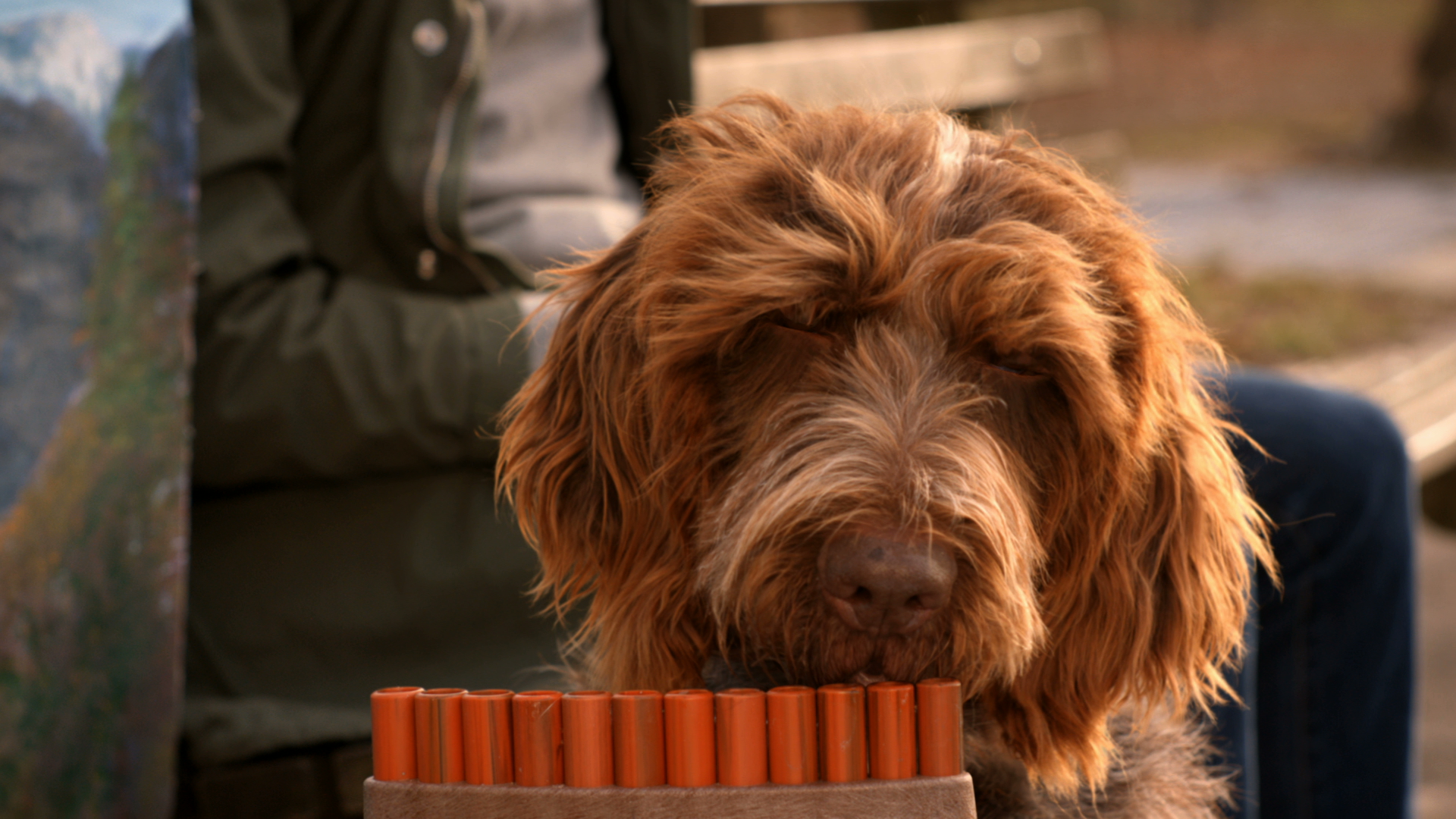 This amusing tale of a brilliant pet highlights Adam Spivey and The Glue Society’s comedic dexterity, turning a polite park conversation into the most fantastical show of one-upmanship.

The simple structure belies the perfectly executed timing and craft gone into the piece from all involved.  After all, it’s a fairly straightforward joke, but it’s the delicate handling of the material that makes this ad so engaging and successful.

The understated performance of the two actors and their canine companions only makes the piece more enjoyable. On the one hand the priceless dejection exhibited by the smug park-goer and his dog, on the other, the quiet victory of our hero as he savours his delicious Mars bar, fist raised in triumph.

Adam confidently crafts the scene, maintaining the believable and mundane nature of the exchange right up until the glorious reveal, with the characters’ reactions perfectly captured.

And of course, when choosing a classic 80’s tune for the panpipes, ‘Crockett’s Theme’ from Miami Vice (composed by Jan Hammer) is surely the way to go…