The Peugot 308 Hits The Road With The 'Driving Sensations' Campaign 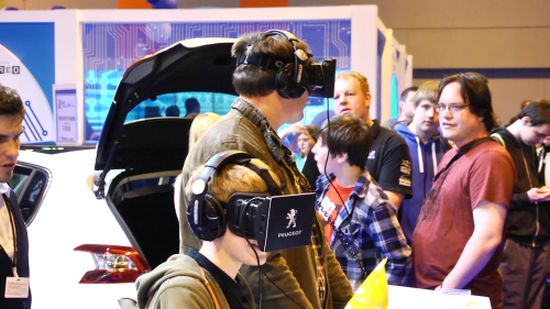 Peugeot is supporting the launch of its 308 Hatchback, recently named European Car of the Year 2014, with a experiential campaign created by Initials.

A two-month national roadshow, aimed at encouraging test drives of the new 308, kicks off with a soft launch at the Gadget Show on 9-13 April at Birmingham’s NEC. The full experience then progresses around the UK taking in a further five destinations.

The ‘Driving Sensations’ campaign tours major shopping centres and aims to challenge people’s perceptions of the Peugeot brand, positioning the 308 as a serious contender to the VW Golf, Ford Focus and Audi A3.

Taking its cues from the 308 TV advertisement, visitors are presented with three sensory zones that illustrate the excitement and the emotional exhilaration of driving the new 308. The primary experience sees Peugeot become the first automotive manufacturer to bring the Oculus Rift to the UK, a next generation 3D headset that will provide the wearer with a mind-blowingly immersive 360 degree experience including rally driving, skeleton ice tubing and wingsuit proximity flying. 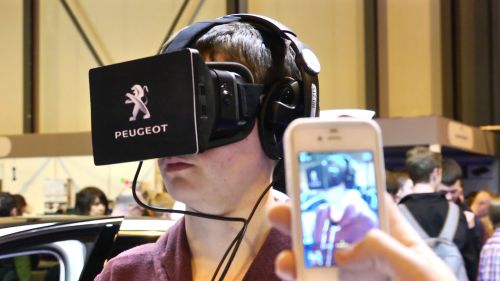 Two other experience zones will demonstrate further aspects of the 308’s allure. Its lighter weight is conveyed by a digital projection of falling feathers that move in sync with a person’s interaction. The hair-raising excitement of driving the new 308 with the Peugeot i-cockpit is put across by hooking the steering wheel to a Van de Graff generator. When users hold the steering wheel the hairs on their head will literally stand on end.

Initials is partnering with interactive technology specialist Arcstream AV on all three experiences.

Victoria Scargill, Manager Brand advertising, Partnerships and Sponsorships, at Peugeot, said: “The new 308 truly embodies the brand’s values of excellence and is already making its mark in the market. The Driving Sensations tour will look to build on this success by allowing consumers to understand the thrill of driving the new 308 as well as appreciating its impeccable design and quality throughout. Initials has created an imaginative roadshow that will bring this award-winning car to the people and immerse them in its world.” 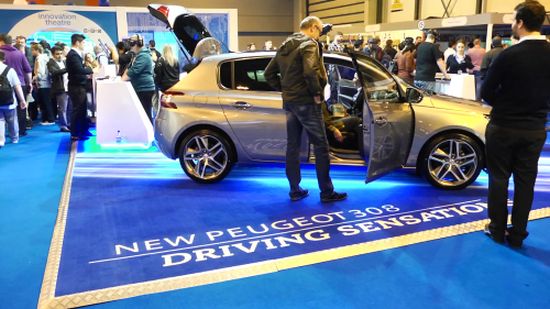 Phil Norris, senior communications director at Initials added: “With the Peugeot 308 recently being named as the European Car of the Year 2014, the time couldn’t be better to open people’s eyes to the fact that the new 308 provides a sensational driving experience. To do that, we have devised a campaign that avoids the standard approach of automotive roadshows and involves visitors in an exciting participatory event that also conveys the real essence of what it’s like to drive the 308.

“The new 308 is class-leading and engaging, and the three activities we are featuring use innovative technologies to engage the senses similarly.”