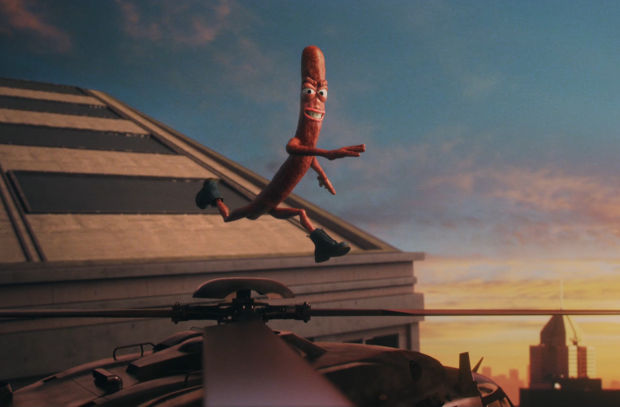 Peperami's Animal is back and this time he’s brought some mates: ‘Chicken’ and ‘Beef’.

Although designed to re-position Peperami as a protein snack for a new generation, the tongue-in-cheek 40-second animated TV spot by Atomic London is every bit as irreverent as you would hope from a Peperami ad.

Directed by Rick and Mario at Partizan, the film parodies the painfully earnest ads we see for sports brands everywhere these days. Iconic 80’s film references and locker room nudity are all present and correct - as is the first visual fart in a UK TV commercial.

Appearing across linear broadcast and VOD, including ITV, Sky, ITV2 and Channel 4, it’s the first of a major push for the meat snacking brand around the newly expanded core proteins of pork, chicken and beef ahead of multiple NPD launches during 2019 and 2020.

In the first sequence, the familiar pork character leaps fearlessly from building to building, before vaulting over a helicopter as the slo-mo kicks in. It’s the high-octane, big spending sports brand ad we’ve seen a thousand times - just a little meatier than usual.

In the second sequence Chicken is unstoppable as he throws down some retro dance moves in a detailed pastiche of the 80’s classics Flashdance and Footloose complete, with water drenched knee slide. Beef brings some brawn and power to the final sequence, pumping some iron and, well, pumping…