The Path to Cannes is Paved with Sponsored Posts 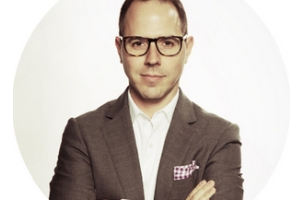 Cannes is always eye-opening for me. Once I’ve overcome the inexorable pull of my own ego and accepted that, yes, the winning work was more deserving of Lion-shaped metal than the work my agency submitted, I find myself inspired. The work on the halls of the Palais usually have a few things in common.

A great idea: something –the big idea itself was human and visceral. Check.

X factor: something that’s hard to put your finger on, but makes us all say, “Wow, that’s amazing.” Check.

So the standards are high.

But this year, the winners will share something else in common. Their execution will have appeared in a media plan first.

That’s nothing new, I know. In fact, it is how things are traditionally done. But, the last few years have been different. Creative has come from, by and large, a very different place. A place of earned media value.

The rise in penetration of social media networks (and its confluent giant sucking sound of traffic away from publisher sites) for a long while offered brands a promise: platforms made up of networked consumers can get you reach and impact if your content is something people will share.

That last bit is the rub, and it resulted in a creative challenge that was actually revolutionary. Creative had to be consistently beloved. Share-worthy. Something a consumer was willing to stake their reputation on. This is a much different standard than what most creatives were used to. And it changed the way we worked.

Fast forward to 2014. Major platforms – lead by Facebook – alter their algorithms to stop rewarding share-worthy content and instead changing their model to a pay-to-display scenario. Fair enough.

What this has created is a fast pendulum swing back to very traditional media planning methods. And creatives find themselves again conceiting to a media placement instead of a behavior, passion point, human interaction, or networked behavior. It’s back to big storytelling and hoping for click-throughs (in digital at least).

Now, I love a good story as much as the next consumer (and the next marketer). But the world has changed, and media-driven creative gets watered down through thousands of rounds of review and panel testing. Simultaneously, people in the biggest and growing channels – mobile and social – have gotten used to seeing only things they like in their feeds. Broadcast-minded video won’t work here. Still. No matter how much media gets put behind it. Just check out your viewability and completion rates.

So what does this have to do with who will win at Cannes?  A lot.

Video will win. Lots of it. It became easy to buy, cheap to distribute and used success metrics that marketers understand. So instead of “Never Been Done Before” briefs, agencies are drowning in video briefs. This has, unfortunately, been at the sacrifice of digital and behavioral innovation. We may not see projects like the British Airways digital billboard or the Happy Song’s 24-hour video website winning this year.

Now, don’t get me wrong: this is not the creative’s or the Creatives’ fault. The creative that will win will deserve it. I – and many of my colleagues – will be jealous again this year. But we’ll likely see the awards go to good storytelling rather than interactive or innovative storytelling.

So I predict some beautiful, beautiful stories will collect the metallic kings of the jungle. We like ‘Like a Girl’ for Always so much we hired one of the amazing talents behind it at my agency. It will get a lot of love in France, too. ‘Monty The Penguin’ for retailer John Lewis gives you chills, literally, and I hope the judges see it the same way. Nazis against Nazis was brilliant.

But I also predict fewer campaigns will win that use digital technology – in its many forms – for more than an efficient way to distribute ads.

Regardless, we’ll all be raising a glass to the best work made this year. Those winning miniature big cats will feel euphoric; those not will say it doesn’t matter. But this year’s awards will underscore an open space – creative that once again uses the quickly-dominating medium – tech – as a way to tell an even bigger, more interactive story. Maybe next year?