“The Passion for This Profession Will Never Leave Me”

MPC colourist Matthieu Toullet on his biggest influences, the best way to use colour and his favourite Cockney slang 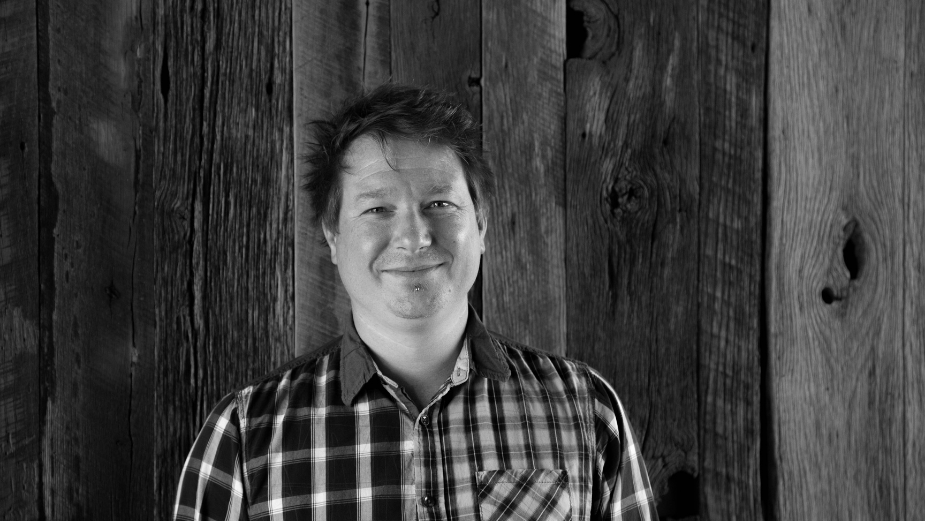 With over 15 years of experience grading commercials, music videos and feature films, colourist Matthieu Toullet’s work spans many genres. Having worked with directors including Siri Bunford, D.A.R.Y.L., Bart Timmer and Jean-Baptiste Mondino, his work has picked up many awards from a D&AD Graphite Pencil for adidas ‘Unite All Originals’ to Victoires de la Musique’ Music Video of the Year for his JAIN ‘Makeba’ promo, and a Gold Ciclope for his striking grade on Volkswagen ‘The Others’.
Having joined MPC in 2014 from Digital District Paris, Matthieu has worked across a range of outstanding projects, including British Red Cross ‘The One Gift Santa Can’t Deliver’ and Volvo’s ‘Unseen Ocean’ (both nominated for British Arrows), Klarna’s ‘Get Smoooth’ campaign, Boots No 7 ‘Ready for Anything’, and the Pre-Raphaelite inspired film for Tate Britain’s ‘Edward Burne Jones’ exhibition among many more.
In an interview with LBB, Matthieu reflects back over his career defining moments, his first impressions of London, and what it means to be a good colourist.

LBB > You joined MPC in 2014, moving from Digital District Paris to London. What drew you here and what were your first impressions of the city?

Matthieu > I’ve always admired MPC’s work, it was without hesitation I took the shuttle to join the super talented colour team who are especially good in London. I appreciate this cosmopolitan city, its energy, its power and its creativity.

LBB > You spent over 12 years in Paris grading commercials, music videos and feature films. What are some of your most memorable projects from that time?

Matthieu > It is difficult to extract a project in particular over 12 years, but I would say my meeting with Jean-Baptiste Mondino will remain ingrained forever. Each time there were moments rich in experiences. I admire his work a lot, especially the commercial highlighting Kodak’s superior colours 'Les Voleurs de Couleurs' and of course his phenomenal photographic work.

LBB > We’ve heard that you’ve picked up quite a bit of Cockney rhyming slang - what are some of your favourite sayings?

Matthieu > I remember the very first one I heard was “dog and bone” for picking up the phone. I’m enjoying learning about all the intricacies of the English language which you can’t really do from Paris. Every day I pick up something new from my colleagues who are eager to teach me something. Moving to London was about embracing all the charm including slang!

LBB > Going back to childhood, how did you first get into the world of colour grading? Were you quite artistic growing up?

Matthieu > I was especially fond of music and played with friends in a rock band, this led me to want to join an audiovisual school to be a sound engineer, however life had another path for me and I found myself in the image option - it all started from there. During my first job I experienced a telecine room and it was a real revelation. The passion for this profession will never leave me.

LBB > What have been some of the biggest career influences in your life?

Matthieu > This person has become a colleague and friend now. I’m of course talking about Jean-Clément Soret. He is one of the main reasons I joined MPC London. Since I started as an assistant I had heard in France the talk about Jean-Clément, his talent and his background. Since then I’ve followed his work which has been a strong source of inspiration, he was in a way my virtual mentor. Today it is a real pleasure and a big honour to be part of his team and to exchange this time for real.

LBB > You were recently awarded a Gold CICLOPE in Colour Grading for your striking grade on Volkswagen ‘The Others’. Tell us a bit about the inspiration behind this spot. What was it like working on this?

Matthieu > I remember it like it was yesterday with Si and Ad arriving with books by Saul Leiter under their arms. We spent the entire session with these books inspiring us with the intensity and richness of the colours. And to top it off being awarded a Golden Ciclope was a proper dream.

LBB > What have been some of the most challenging projects you have worked on and what lessons did you learn?

Matthieu > For a recent film ‘Electrified’ for Lexus, directed by Jaron Albertin, the whole commercial was made in full CG with the entire MPC team working remotely. With Jaron we really wanted to bring authenticity and a film aesthetic. Going forward, working on full CG sequences is evidently going to be an extended part of our skillset as colourists in both advertising and feature projects. The fact we worked as a team between 2D, 3D and grading fluidly throughout the entire production and exchanging creatively daily was a fantastic experience. This project emphasises to me that this approach is the most beneficial for optimum results and even if it is obvious, teamwork is essential.

LBB > How would you describe your creative process and how do you stay inspired in your work?

Matthieu > The main thing is to bring a director’s or DoP's vision to life and give a true representation of what they have shot. Every job is a new challenge and has a new story which keeps me always looking for a new mood. I also research work via Instagram, it’s a great source for trends and I’m also into photography books and my favourite website, Filmgrab.

LBB > What would you say makes a good colourist and what advice would you give to those entering the industry right now?

Matthieu > A good colourist is someone who listens to the expectations of the director and the director of photography interpreting their needs in our colour language.

I would say not to be too impatient and above all to always have fun and believe in yourself. Becoming a colourist is a long road. It’s an eternal questioning that has no real limit.

LBB > What is something you wish more people knew or understood about the art of colour grading?

Matthieu > The fact that colour is an important visual part of the storytelling process and It has the power to influence how you feel emotionally. This can be seen in many of the great classics.

Red and warmer tones are often used for romantic films; desaturated colours are regularly deployed in a post-apocalyptic film; fluorescent greens are typical for Sci-fi; blue cold tones are a classic for horror; and for comedy you might expect to see more saturated and vibrant colours than usual. A colour palette is primarily used to create mood and/or emotion, whilst also directing the viewer’s eye by emphasising different parts of the image.

LBB > What do you like to do in your spare time, any passion projects or side hobbies?

Matthieu > I love photography - I’m perhaps more of a collector than an actual photographer though. I really like mixing old lenses with new digital cameras. My favourite camera is my Diana F+ from Lomography. I love how easy it is to use and the imperfection you can have with it. I like to use it in cross-processing to get a strong contrast and vibrant colours.