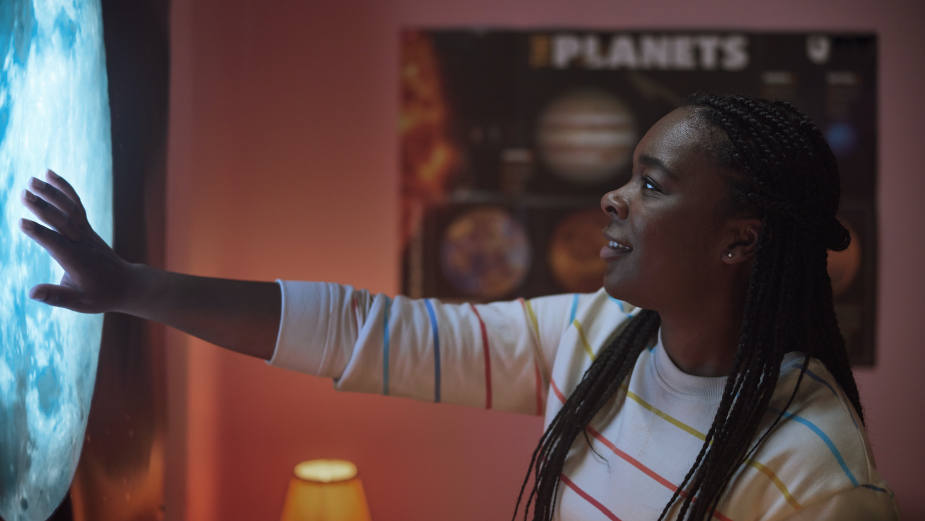 The Open University – the UK’s largest, and only four nation, university, and pioneer of supported distance learning for more than 50 years – has unveiled a major new brand platform, The Future is Open.

This significant body of work, devised by a trio of Havas agencies, comes to life in every channel and touchpoint for a brand even more relevant today than at any time in its 53-year history. The OU was founded in 1969 with the ambition to make learning accessible to anyone, anywhere. It is the only university in the UK that is open access to all, with no minimum entry requirements and since its creation, has helped over 2.2 million people achieve their dreams. Now, the organisation and the opportunities it represents – high-quality learning experiences and the chance to transform lives through education – are brought to life through this work.

The OU’s new brand platform kicks off with an engaging 60" TV ad, created by Havas London.

It opens on an ambitious, astronomy-obsessed young woman, sitting on her bed, surrounded by posters of the solar system. Looking up from her book, she notices the large moon pinned to her wall is giving off an inviting glow. Intrigued, she breaks through it to reveal a portal – reminiscent of the ‘O’ in the OU’s logo – which transports her through time into her dream career in aerospace engineering. Other characters, including a busy dad shopping with his daughter, an exhausted office worker, and a young woman working in a coffee shop, follow suit – diving headfirst into their own portals to realise their callings as a healthcare worker, barrister, and broadcast journalist respectively.

The advert acts as a visual metaphor for the possibilities the OU enables – underlining the ability to fit high-quality academic courses from a credible and highly respected university around your life.

Havas Media UK is handling 'The Future is Open’ campaign’s media planning and UK wide buying – which expands on the agency’s ongoing, attention-optimised media strategy by focusing on media that generates the biggest emotional response around ‘fame’.

The multi-channel campaign launched with a 60s hero TV spot in Gogglebox on 24 June. The AV campaign is supported on linear, BVOD and on Connected TV and radio, with regional adaptations that run UK-wide, and bespoke cutdowns running on Digital Video and social media including Facebook, Instagram and TikTok. Out-of-home, with regional adaptations, will also run throughout the UK, deploying a range of different formats to balance campaign impact with campaign dwell. All channel budgets have been phased against econometrics data to generate maximum return for the OU.

The above-the-line campaign represents the first expression of the OU's new brand platform and visual identity. The OU shield, an integral part of the OU brand identity which enjoys high brand awareness, was a used as a starting point by the Havas team to create a unique and ownable design system. Imbued with dynamism and emotion, this new visual identity, which has accessibility at its heart, brings a renewed energy and modernity to the OU brand and, crucially, can flex to meet the multitude of audiences and touchpoints that a university of this scale has. In time, this visual identity will span all touchpoints and audiences, including learning material, event collateral, annual reports, internal documents, and even the prestigious and hard-earned certificates awarded by the OU to its graduates.

As the UK’s only four nations university, the OU has – by a considerable distance – more students than any other university in the UK. The campaign will also comprise a substantial programme of student-facing communications from the OU’s in-house CRM and digital teams, with Havas customer engagement agency Havas CX helia supporting on recruitment communications.

Additional social and PR activation will be undertaken by creative agency 23red who are revealing the results of an extensive survey on the societal challenges that concern young people across the four nations.  The poll of 4,300 18–34-year-olds across England, Wales, Scotland and Northern Ireland reveal that young people are most concerned about sustainability (64%), followed by inequality (58%) and health and wellbeing (56%).

The results will be used to directly inform the OU’s world-class research for the next five years. This heralds a completely different way of doing research by The Open University, which has already consulted extensively with its staff and students, before opening up a priority list to the public to effectively ‘crowdsource’ the future focus of its societal challenges programme.

Ceri Rose, director of marketing and communications at The Open University says: “The Open University’s mission is to be open to people, places, methods and ideas - and this has never been more true of our desire to help people achieve their full potential. In a fast-changing landscape, it’s vital that we maintain our leading position - not just in the education sector through our world-class research, teaching and skills, but as a social movement for change. Being open is in our DNA - and that's exactly what this bold, eye-catching campaign aims to capture."

Vicki Maguire, chief creative officer at Havas London adds: “I have a huge amount of love for The Open University, and I’m not the only one. This campaign brings that to life across every touchpoint. More than half a century since it burst onto the scene, the OU has never been more relevant – and we needed to reflect that. I’m proud to have been involved.”

Malik Vitthal, director, adds: “I needed to make this film, because not so long ago, these people were me. Like so many people, I lacked the self-belief to take the important leap of faith and follow my dream. It was my guidance counsellor, Mr. Johnson at Moorpark Junior College, that encouraged me to follow a career as a filmmaker. Sometimes, it takes that teacher, advisor or coach to make us realise what we’re capable of. Needless to say, this script spoke to me – and I so deeply respect all that the OU does to ensure people have everything they need to transcend their circumstances and truly begin succeeding. With the right support, the future truly is open.”

Rob Breese, managing partner, Havas Media UK, said: “The Open University is an iconic brand in the UK, democratising higher education by opening up opportunities for millions of students and learners for over 50 years. Our media strategy will help the OU achieve mass visibility in more established ATL channels in combination with stand-out, unexpected executions that generate mass talkability. It’s brilliant to be part of the next stage of its journey.”

Project name: The Future is Open 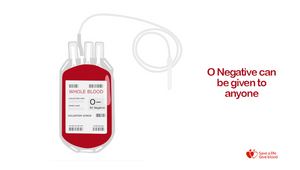 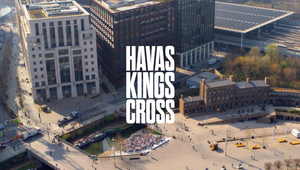 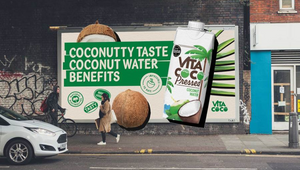 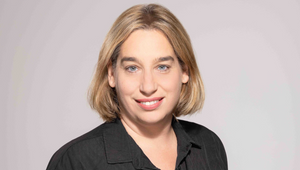