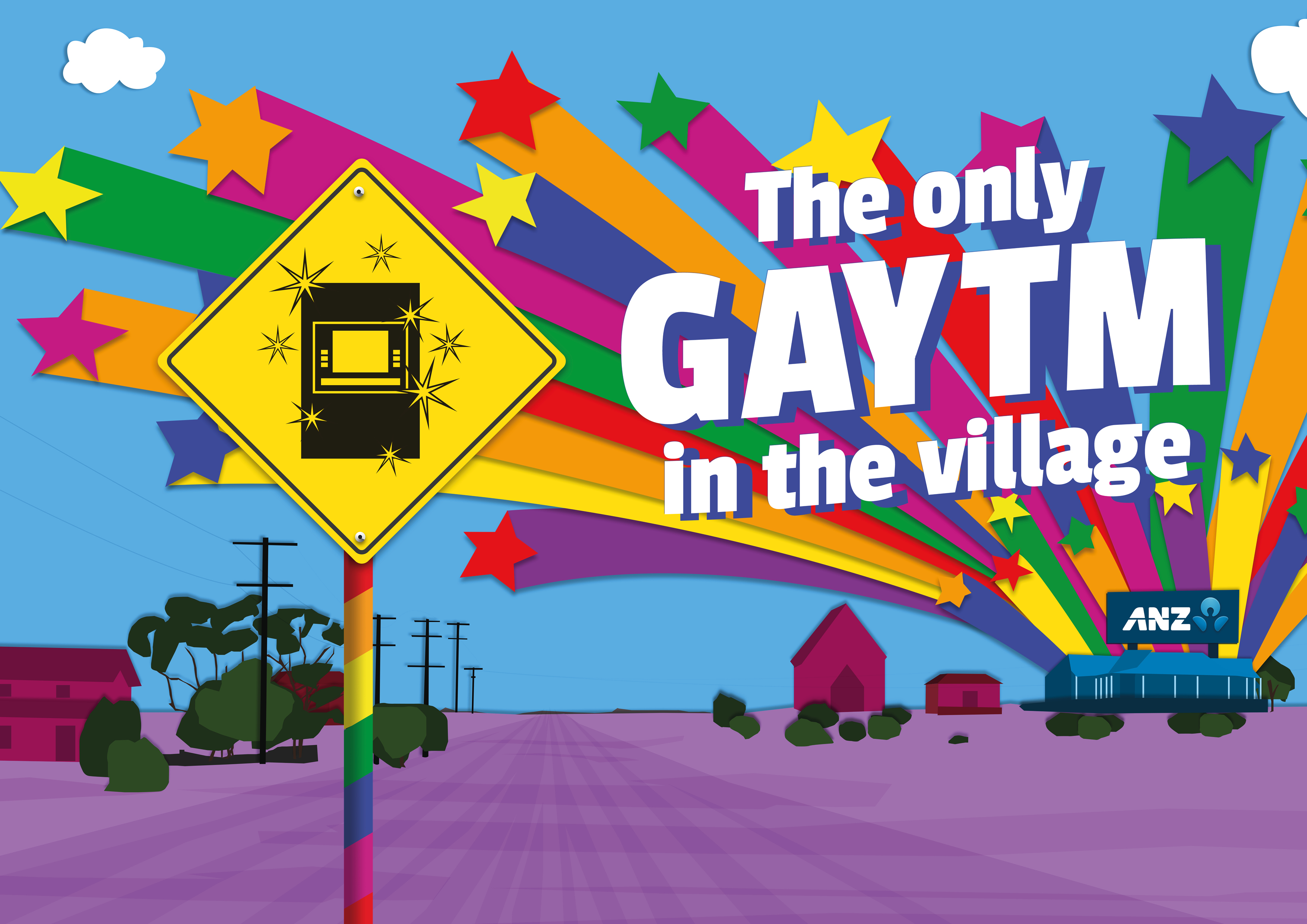 ATMs in central Sydney will once again be transformed into dazzling GAYTMs to acknowledge ANZ’s principal partnership of the Sydney Gay and Lesbian Mardi Gras.

Created by Whybin\TBWA Group Melbourne, this year, the campaign will go one better and involve communities outside of Sydney. One ANZ ATM somewhere in Australia will also become a GAYTM for the Mardi Gras festival.

It will become ‘The only GAYTM in the village’.

This new idea spreads ANZ’s message of diversity, respect and inclusion a step further by opening up the campaign to the whole of Australia.

People can vote via the fun ‘The only GAYTM in the village’ website until February 20. The location with the most votes wins. It’s that simple.

Then in the first week of March the winning town will wake up with their very own GAYTM, installed under the cover of darkness.

The ATM will get the full makeover, in a new intricate style to be used for all ANZ’s GAYTMs in Australia during this year’s Mardi Gras festival. Design details cannot be revealed at this time, but, rest assured, it will be utterly fabulous.

Once again, ANZ will donate ATM operator fees for non-ANZ cardholders from its GAYTMs during the festival to Twenty10, a not for profit organisation working with and supporting people of diverse genders, sexes and sexualities, their families and communities. ATM operator fees for ‘The only GAYTM in the village’ for non-ANZ cardholders will be donated to a charitable organisation near the location with the most votes.

So, a little bit of Mardi Gras razzle-dazzle will come to town, along with the opportunity for ANZ to contribute further towards supporting the community.

In addition, ANZ has also taken GAYTMs to New Zealand for their sponsorship of Wellington’s Out in the Park and Auckland’s Pride Festival. Local artist Reuben Paterson was commissioned to design a GAYTM with a Kiwi spin. The campaign was run out of Whybin\TBWA Auckland.