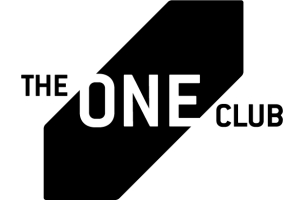 The One Club, the foremost non-profit organization recognizing creative excellence in advertising and design, announced today that the One Show entry system is now open, months ahead of last year’s submission period.  The non-profit has introduced a quarterly entry system for The One Show, as well as a set of public relations categories.

The quarterly system divides the entry periods into four deadlines, beginning in July and ending with the usual final deadline at the end of January.  The first quarter deadline is August 14; the second is September 30; the third is November 30; and the fourth, the last one before the show, is January 29.  Two shortlists will be announced: the first in early October and the second in early April.

“The quarterly entry system benefits the creatives entering, the judges reviewing and the quality of the work at The One Show,” said Kevin Swanepoel, chief executive officer of The One Club.  “Agencies are able to submit their work when it’s fresh and the media files required to submit an entry are readily available.  Meanwhile, judges will have the opportunity to review work when it’s topical and will have less pressure to review work from the entire year all at once.  This system has worked very well for our interactive categories, which is why we expanded it.  The result will be work that gets as fair a shake as possible while making it easier for agencies to enter.”

The One Club also introduced a group of public relations categories, including Consumer, CSR, Non-Profit, Innovation and Craft.