Playing off the notion that a little bit of luck can help a piece of creative work stand out from all the great competition, Lanfranco & Cordova, New York and Lima, has enlisted the mystical services of an actual Peruvian shaman in the entertaining new integrated campaign for The One Club for Creativity to promote The One Show 2020 call for entries.

The “Change Your Destiny” campaign kicks off with “Cleofe, The Shaman”, featuring Cleofe, a real shaman from Peru who blesses creative work in order to give it some extra good luck before it is entered in The One Show.

After carrying out in a series of chants, dances and other rituals, Cleofe ends the spot by offering to bless any work sent to him by email at theshaman@oneclub.org. An auto reply email confirms the shaman has blessed the work and directs the recipient to The One Show website, where the work can be entered into the show.

“Winning a One Show Pencil is both a great honour and extremely difficult,” said Rolando Cordova, chief creative officer and co-founder, Lanfranco & Cordova (L&C). “We decided to offer agencies and brands some help this year by working with an actual Peruvian shaman to star in the campaign and give positive energy to all the work entered in the show.”

According to the agency, the campaign concept has some roots in reality. The co-founders said they know some creative colleagues who go to various lengths to give their work good luck before entering it in awards shows for judging.

“We partnered with local production company Señor Z in Lima and travelled to the remote Peruvian Andes to find Cleofe, who practices ancient blessing rituals,” said Gian Carlo Lanfranco, L&C chief creative officer and co-founder. “He was great to work with, and serves as the centrepiece of the fun content film that also works as a direct marketing activation campaign.”

The “Change Your Destiny” campaign may also be adapted and extended globally. The One Club is currently engaging agencies in different countries to come up with their own culturally relevant version of the idea.

“The beauty of the idea is that it’s simple and entertaining,” said Kevin Swanepoel, CEO, The One Club. “The One Show exists to elevate and celebrate the best work in the world. With so much amazing creative work entered each year, a little bit of extra luck could make the difference in an entry breaking through with our judges.”

A few changes have been made for the 2020 One Show to make entering and judging easier. They include: 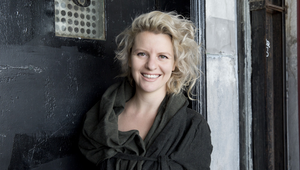