The One Show Announces 2020 Winners 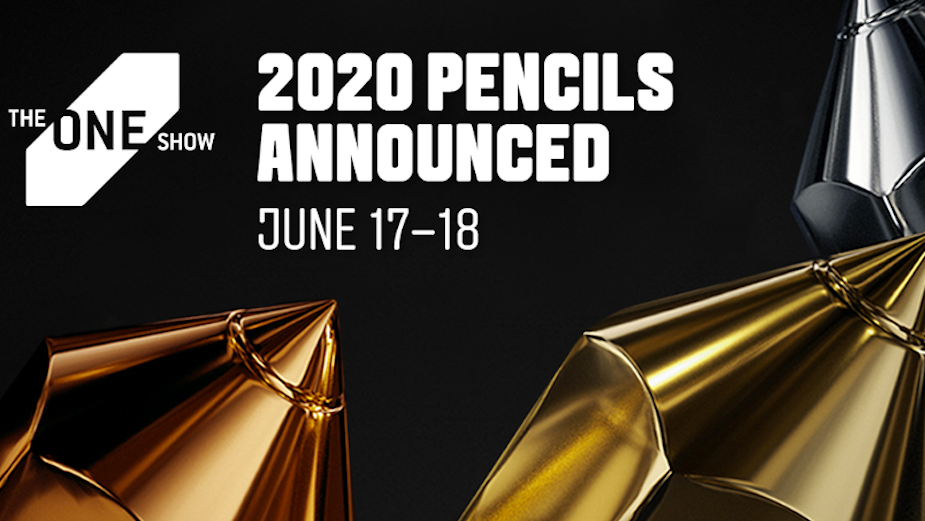 Finally, after months of judging, debating, washing our hands for 20 seconds and keeping a six foot distance from everyone, the Pencil winners of The One Show 2020 have been announced. In total, 171 Gold Pencils, 169 Silver Pencils, and 213 Bronze Pencils were awarded, all from nearly 20,000 submissions from over 70 different countries. Experience all the winners via newly redesigned Pencil Showcase, making it easier and more intuitive to browse and binge all submitted work.
The single biggest entry on today's list of winners is Burger King's 'Moldy Whopper' by INGO Stockholm, DAVID Miami, and Publicis Bucharest, which earned 18 Gold Pencils for the campaign's multiple components.
Beyond the Swedish-American-Romanian triple threat that created 'Moldy Whopper', McCann New York won 15 Golds, including nine for Microsoft 'Changing the Game', two each in Branded Entertainment and Health Wellness & Pharma, and one each in Design, Direct Marketing, Experiential & Immersive, Integrated and IP & Products.  The agency also won six Golds for March For Our Lives 'Generation Lockdown', with three in Film, two Branded Entertainment and one in Interactive & Online.

Scholz & Friends Berlin also won 15 Gold Pencils, including 11 for 'The Tampon Book: a book against tax discrimination' on behalf of The Female Company. The work won three each in Direct Marketing, Health, Wellness & Pharma and Public Relations, and one each in Creative Effectiveness and IP & Products. The agency was also awarded four Golds for Berliner Philharmoniker 'Sound Images', three in Print and one in Out-of-Home.

FCB Canada Toronto received 11 Gold Pencils, all for 'Project Understood' on behalf of Google AI/Canadian Down Syndrome. They include three in Health Wellness & Pharma, two each in Digital Craft, Interactive & Online and Mobile, and one each in Experiential & Immersive and IP & Products.

BBDO New York won eight Golds, including five with Smuggler New York for Sandy Hook Promise 'Back to School Essentials' - two in Public Relations and one each in Branded Entertainment, Film and Social Media - and three with Sanctuary Los Angeles for Monica Lewinsky 'The Epidemic', two in Film and one in Moving image Craft.

Also with eight Gold Pencils was BBDO Toronto with Flare BBDO Toronto, all for Regent Park School of Music 'Parkscapes'. Three were in Radio & Audio, two each in Branded Entertainment and Experiential & Immersive, and one in Digital Craft.

FCB/SIX Toronto also won six Golds - three in Social Media, and one each in Creative Use of Data, Interactive & Online and Mobile - for 'Go Back To Africa' on behalf of Black & Abroad. TBWA\Media Arts Lab Los Angeles took home six Gold Pencils - three in Moving Image Craft, two in Branded Entertainment and one in Film - for Apple 'Bounce'. Also with six Golds was Goodby Silverstein & Partners San Francisco, including four for 'Lessons in Herstory' on behalf of Daughters of the Evolution.

In addition, some winning entries have a nice surprise - a number of judges took the time to congratulate the winners and share why they voted for their work. You can find these kudos hidden among the winners in the Showcase. The One Show Digital Pencils are available to every member of a creative team identified in credits for winning work. Developed by R/GA New York, the personalised Digital Pencils will be rendered in advance and downloadable in three sizes suited for immediate sharing on social media. Physical Pencils will also be sent to winners as usual in the coming weeks.

“It’s been a very difficult year for the industry and world at large, and we believe elevating and recognising the best work in the world provides some good news at a time when it’s really needed,” said Kevin Swanepoel, CEO, The One Club. “As a nonprofit organisation, it’s our mission to support the global creative community.  Many creatives told us they could really use the inspiration and positive shared experience of the awards, and that motivated us to push forward with online judging and special streaming winners’ presentations. As the industry’s largest program for celebrating creativity this year, The One Show 2020 is the authoritative show for global creative excellence, and global platform for bringing the industry together.”

THE ONE SHOW FOR ALL
At 12pm EDT tomorrow, The One Show will broadcast this year's Special Awards, in a musical presentation entitled 'One Show For All' by Broadway superstars Freestyle Love Supreme! The hip-hop troupe co-founded by Lin-Manuel Miranda will be bringing a much-needed helping of positivity as they rap through this year's Best of Discipline winners, the 'Of the Year' winners, and of course, the Best of Show. Viewers will be able to catch 'One Show For All' on The One Show's website and social channels created by hip-hop improv group and Broadway stars Freestyle Love Supreme, as well as on its YouTube and Facebook pages.
view more - Hires, Wins & Business