The One Show 2020 Announces Finalists 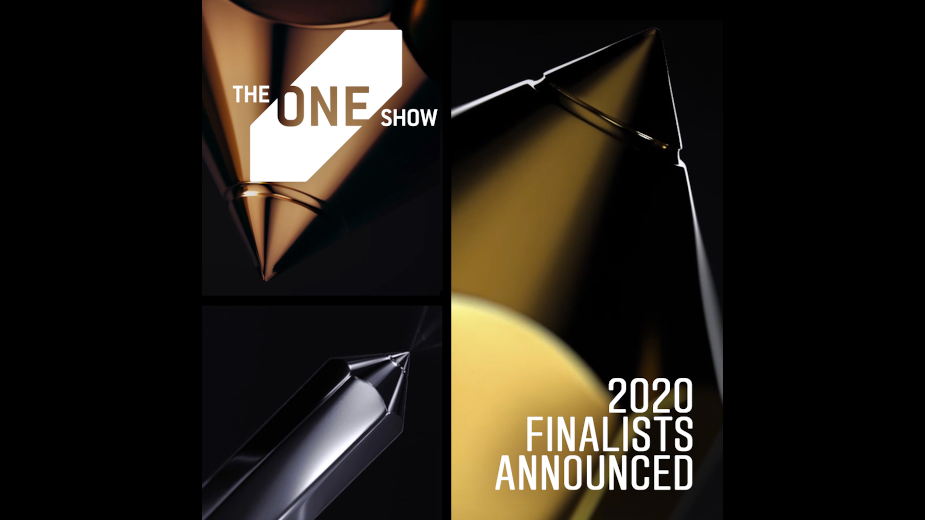 'Moldy Whopper', created by INGO Stockholm with DAVID Miami and Publicis Bucharest, tops the world with 23 finalist entries for The One Show 2020, the year’s largest global awards show in advertising and design recognizing excellence in creativity of ideas and quality of execution.

Following 'Moldy Whopper' as the work with the year’s most finalist spots are two entries tied at 18: 'JFK Moonshot' by Digitas Boston with Unit 9 London for JFK Presidential Library and Museum, and 'Project Understood' by FCB Canada Toronto on behalf of Google AI/Canadian Down Syndrome.

McCann New York has the most One Show finalist entries this year with 61, including 17 each for Microsoft 'Changing the Game' and March for Our Lives 'Generation Lockdown', and nine for 'The Team That Wouldn’t Be Here' on behalf of Verizon.

BBDO New York with Sanctuary Los Angeles is runner up with 39 finalists, including 14 for Monica Lewinsky 'The Epidemic' and 11 for Sandy Hook Promise 'Back to School Essentials'.

In the third spot is FCB Chicago with 31 finalists, including 28 on behalf of Illinois Council Against Handgun Violence. Working with FCBX and Lord+Thomas, both Chicago, the agency has 16 for the organisation’s 'Most Dangerous Street', and 12 with Lord+Thomas and The Mill, both Chicago, for 'The Gun Violence Handbook'.

“People in the industry are eager for some good news, we’ve been inundated with inquiries about who made the final cut for The One Show,” said Kevin Swanepoel, CEO, The One Club. “In a year when other awards have been cancelled, The One Show is the leading global awards program to elevate and celebrate the broad range of advertising and design work from around the world.”

The One Show is part of The One Club for Creativity, the world’s leading nonprofit organisation supporting and celebrating the global creative community.

The One Club awards shows each have their distinct focus. The One Show judges focus on creativity of ideas and quality of execution, while ADC Annual Awards juries maintain their historic concentration as the champion for craft, design and innovation.

The One Club for Creativity, producer of The One Show, ADC Annual Awards and Creative Week, is the world's foremost non-profit organization whose mission is to support and celebrate the success of the global creative community.  The One Show is a top global awards show for advertising, design and digital marketing, focusing on the creativity of ideas and quality of execution. The global ADC Annual Awards honors creative excellence in craft, design and innovation across all disciplines. Creative Week takes place in New York every May, and is the preeminent festival celebrating the intersection of art and commerce.