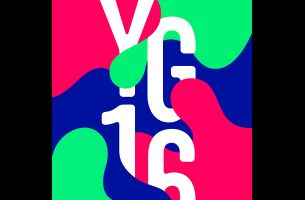 In addition to celebrating the full class of 30 winners at the Young Guns 16 awards ceremony in New York, The One Club for Creativity presented additional special recognition to three women honourees, all creatives age 30 and under.

A.V. Rockwell, a filmmaker based in New York, was presented with the inaugural Diageo-Young Guns Diversity & Inclusion Award. The honour recognises an outstanding body of work from a Young Guns 16 finalist who is a woman or person of colour as judged by teams at Diageo North America and The One Club.

As the first-ever winner, she will have the opportunity to collaborate on a creative project for Diageo on one of the company’s global brands, which include Johnnie Walker, Crown Royal, Bulleit and Buchanan's whiskies, Smirnoff, Cîroc and Ketel One vodkas, Captain Morgan, Baileys, Don Julio, Tanqueray and Guinness.

Born and raised in Queens, New York, Rockwell has been hailed as a 'rising indie filmmaker' by Entertainment Weekly. Her work is celebrated for its brutal yet poetically humanised depictions of urban life, addressing issues of race, family, identity and systematic oppression. A recipient of the Guggenheim Fellowship for the Arts and a Sundance Institute Feature Film Fellowship, Rockwell also won a Tribeca Film Institute and CHANEL 'Through Her Lens' grant for her film 'Feathers'. The film made its world premiere at this year’s 43rd Toronto Film Festival and was recently acquired by Fox Searchlight.

“We established this award because inclusion, diversity and creativity are core values that are nurtured and celebrated at Diageo,” said Sophie Kelly, senior vice president, North America Whiskeys, Diageo. “A.V. Rockwell’s moving film artistry makes her highly deserving to be the first recipient of this honour, and we look forward to working with her and playing a role in her career trajectory.”

YG16 winner Kelsey McClellan was selected to receive the fifth-annual Artist In Residence Award from international artists management agency and Young Guns sponsor Levine/Leavitt. The honour is bestowed annually to a newly crowned Young Gun whose body of work truly stands out, as judged by an advisory board of industry professionals across a range of disciplines.  As this year’s winner, McClellan receives a full year of professional development, guidance and mentorship from Levine/Leavitt to help advance her career.

The San Francisco-based photographer explores the humour and calmness of everyday objects, and has had work appear in The New York Times, Bon Appétit, Wired, Inc. and New Yorker.  She is also half of Terrence Caviar, a collaborative partnership with Michelle Maguire.

Young Guns 16 honouree Victo Ngai, based in Los Angeles, was presented with the Young Guns Creative Choice Award. The accolade is the result of a public vote by the global creative community at large who reviewed work of all YG16 winners and picked the one they believe stands above all others.

Ngai is a 'Forbes 30 Under 30' honouree, Society of Illustrators New York Gold Medallist and ADC Silver Cube winner. She has provided illustrations for publications such as The New York Times and New Yorker, created storyboards and art for animations for studios such as NBC and Dreamworks, made books for publishers such as Penguin Random House, Simon & Schuster, Folio Society and Macmillan, and worked on packaging and ad campaigns for brands including Apple, Johnnie Walker, American Express, Lufthansa Airline and General Electric.

Young Guns is the industry’s only international, cross-disciplinary, portfolio-based awards competition that identifies and celebrates today’s vanguard of young creative professionals age 30 or younger. Entries were received this year from 38 countries and judged by 61 top creatives from around the world, about half of whom are past Young Guns winners.

This year’s winners were recognised at the Young Guns 16 awards ceremony and party at the Highline Ballroom in New York. The evening was hosted by Gemma O’Brien, acclaimed Australian artist, designer and Young Guns 13 winner specialising in lettering, typography and illustration.