The One Club Launches ONE School Portfolio Program for Black Creatives 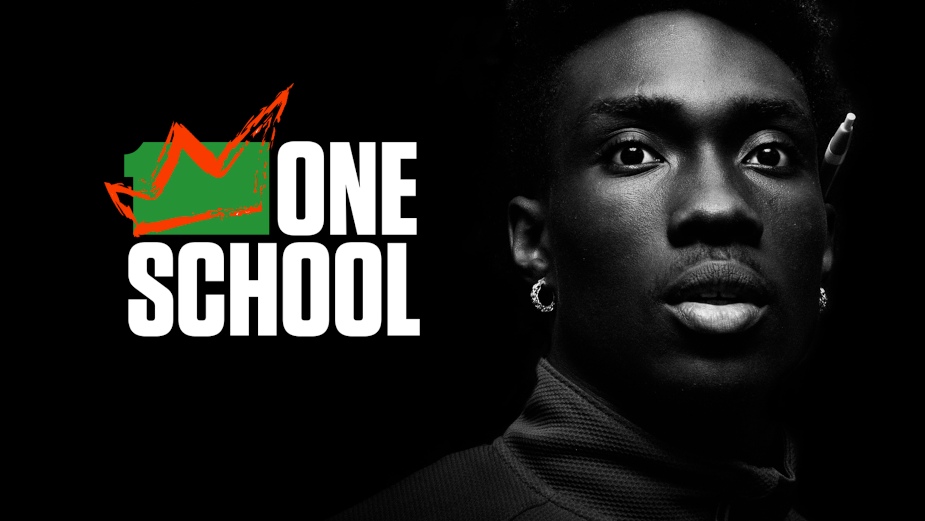 The One Club for Creativity, the world's foremost non-profit organisation recognising creative excellence in advertising and design, announced the launch of ONE School, a free portfolio program for young Black creatives.

ONE School will be run by award-winning Spotify creative director Oriel Davis-Lyons, as part of The One Club’s Professional Development programming. The initiative quickly came together as a result of his early-June LinkedIn post lamenting the high cost barrier of US portfolio schools for young creatives of colour, and his pledge to find a way to rectify the situation.

That post was seen by Bob Isherwood, former Saatchi & Saatchi worldwide creative director and Vanderbilt University adjunct professor now in charge of the club’s Professional Development department, who reached out to Davis-Lyons and started the collaborative process to make ONE School a reality.

“ONE School will be unapologetically Black from start to finish,” said Davis-Lyons, who before his current role at Spotify held creative positions at R/GA and Droga5 in New York and Colenso BBDO in New Zealand. “The briefs will be written by black strategists and taught by black tutors and lecturers, and the students will be paired with black mentors in the industry. This isn’t about teaching black creatives how to ‘fit in’ to a mostly white industry. It’s about helping them to build a portfolio that is both creatively excellent and 100% authentic to who they are.”

ONE School will go beyond simply teaching how to put a book together: it will also include how to navigate the industry while black. “Most of the lecturers will be speaking not just about creativity but also their own personal experience as black creatives and passing on advice that will help a new generation,” said Davis-Lyons.

Spotify is a principal sponsor of the program, with McCann Worldgroup, Ogilvy, R/GA and WPP also on board to underwrite 10 of the 15 students’ seats so far, with remaining sponsorship spots available. Official dates for the first course this September will be announced shortly.

Due to the hands-on mentoring aspect of the program, enrolment in the course is limited to 15 students who have not previously attended an ad school. Applicants will be selected based on raw creativity, passion and commitment so as not to discourage those with no prior knowledge of advertising. They will be asked to submit a brief video on why they want to be an advertising creative, provide examples of their creativity in personal or professional projects, and respond to a brief.

The free online school will run two nights a week for 16 weeks, with students getting 10 briefs over the course covering everything from OOH to Innovation and Data-Driven Storytelling. One night of the week will be devoted to guest lectures from top black creatives, with the second being a two-to-three hour tutorial run by Davis-Lyons in which students will do a deep dive on different channels, disciplines and the creative process, and get one-on-one reviews of their work.

Later weeks of the course will be devoted to portfolio building, judging by top agency professionals, awarding of the top student portfolios and job placement.

Davis-Lyons said a common excuse often heard from ECDs is that they only look at the work in the book. ”That type of thinking ignores the systemic barriers and innate privilege of being able to pay $40,000 for two years at ad school to put a book together. ONE School aims to address that imbalance,” he said.

Isherwood echoed Davis-Lyons’ point about the importance of establishing ONE School as for and by people of colour. “An issue in many courses is people from the very top of the industry, who are usually white, come in and speak to diverse students,” he said. “While well intentioned, that reinforces the students’ idea that there’s no one at the top who looks like them. With our choice of lecturers and mentors, we’re closing the gap and exposing young black creatives to leaders in the industry who they can follow, who get where they’re coming from, and will connect with them quicker than most CCOs.”

“The recent Black Lives Matter statement developed by our board and staff made clear our commitment to take meaningful action to support, build and grow the Black creative community. This program is an example of that action,” said Kevin Swanepoel, CEO, The One Club. “A lot of agencies and brands have said they intend to support the black ad community but many of them don't know how. ONE School is the 'how' that they can get behind and support in order to make a real difference.”