The One Club Launches 2019 One Show Call for Entries with Teaser to 'Win Pencil, Draw Respect'

Awards and Events 301 Add to collection 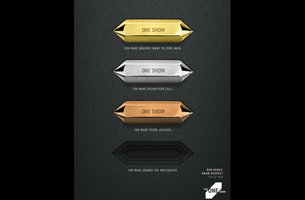 The One Club for Creativity, the world's foremost non-profit organisation recognising creative excellence in advertising and design, today launched a teaser to a humorous new “Win Pencil, Draw Respect” campaign developed by Toronto agency Zulu Alpha Kilo to announce the call for entries for the prestigious 2019 One Show awards.

The One Show entries can be submitted now at here.

First deadline is September 30, 2018, followed by November 30 and final deadline for entry of January 31, 2019.  One Show juries will be announced shortly.

The campaign is being teased now with posters, banners and simple animated videos, to be followed by a series of online videos in the fall.  The work uses before-and-after scenarios to depict how the life of a creative person improves dramatically once they win a coveted One Show Pencil: bosses put more faith in you, you get to work on better briefs and maybe even get a raise and better office.  But most of all, you get respect.

One very timely poster shows four vertically stacked One Show Pencils on a dark background.  The caption for the top spot featuring the Gold Pencil reads “You Make Bogusky Want To Come Back”, followed by the Silver Pencil with the caption “You Make Recruiters Call” and the Bronze Pencil with “You Make Peers Jealous”.  The bottom spot on the poster shows the empty outline of a One Show Pencil, implying no Pencil has been won, with the caption “You Make Grande Soy Macchiatos”.

“We’ve heard many stories from creatives over the years about how winning a One Show Pencil propelled their career to the next level,” said Kevin Swanepoel, CEO, The One Club for Creativity  “So while this campaign from Zulu Alpha Kilo is tongue-in-cheek, it hits home because the message rings true.”

“I’ve always been a fan of the One Show’s high creative standards, so it was really an honour to be asked by The One Club to develop this work,” said Zak Mroueh, chief creative officer and founder, Zulu Alpha Kilo.  “In developing this campaign, we tapped into the ultimate outcome of gaining industry recognition by winning one of the world’s most highly coveted accolades: respect.”

A number of changes are being announced to this year’s One Show categories in order to keep ahead of the industry.

In addition, The One Show will now for the first time accept submissions for the coveted Green Pencil, recognising excellence in environmentally-conscious advertising and design.  In past years, Green Pencil entries were based on nominations.

This marks the second year the One Show will have a standalone discipline for Health, Wellness & Pharmaceutical, judged by a dedicated jury of healthcare advertising professionals for brands and agencies to recognise the best work in the field from around the world.

It’s also the second year for the One Show Mobile-First Video Advertising category, sponsored by Facebook.  The category was established for video that is specifically created for use on mobile devices.  Entries must be in vertical format, comprehensible with and without sound and created to promote a brand product or service.  New this year, the Mobile First is split into two categories: one for videos over 15 seconds in length, and one for video 15 seconds long and under.

Swanepoel adds that entering work in the One Show also helps the industry overall because The One Club is a global non-profit organisation that uses awards revenue to give back to the industry through nearly two dozen education, professional development, gender equality and inclusion and diversity programs for creatives around the world at all levels. 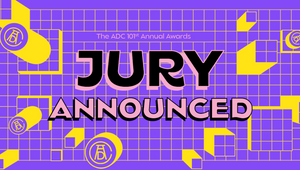 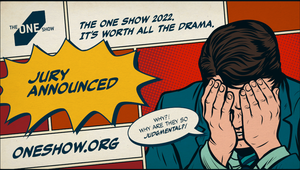 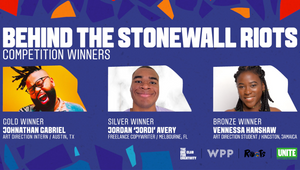