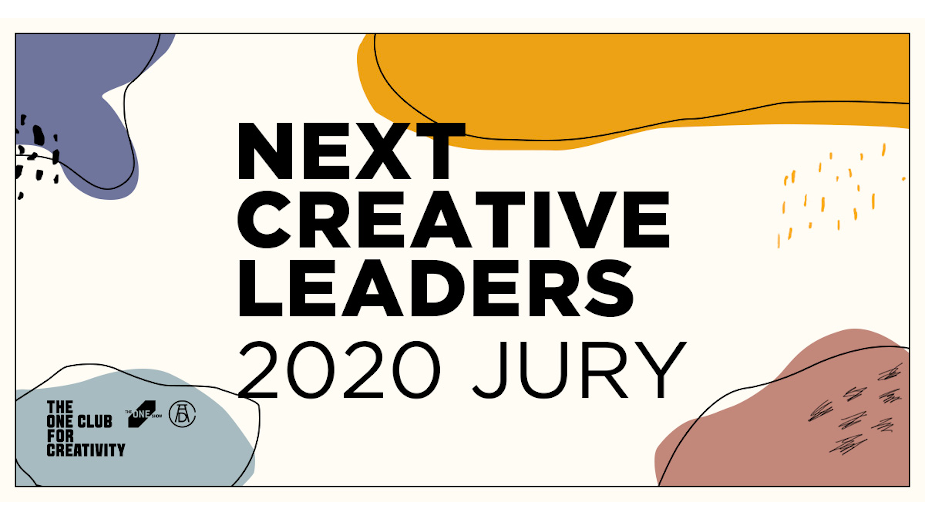 The global jury of 88 creatives from 25 countries has been announced for Next Creative Leaders competition, run jointly by The One Club for Creativity and The 3% Movement.

Next Creative Leaders (NCL) is a portfolio competition that identifies, celebrates and gives a global platform to talented womxn and non-binary creatives who are making their mark on the world with both their work and a unique point of view on creative leadership that’s changing the industry for the better.

To make Next Creative Leaders as open and accessible as possible, there is no fee to enter the competition. Entries highlighting a candidate’s creativity, leadership and unique point of view must be submitted by the 31st July 2020 deadline.

The global jury of 88 creatives includes:

The NCL 2020 jury also includes 10 members of The One Club National and International Boards of Directors:

For the first time in its five-year history, Next Creative Leaders has expanded its diversity and inclusion remit to accept entries from both womxn and non-binary creatives, and added regional honours.

Also new for 2020 is the addition of NCL Regional Honors. Along with naming 10 global winners based upon the highest scores from judges, The One Club and The 3% Movement have expanded the program to recognise those in six regions - North America, Latin America, Asia Pacific, MENA, Africa and Europe - whose work and creative vision the judges feel deserve Regional Honour accolades.

Entrants are judged on four-to-six pieces of creative work, their background and information about how they — and their work — are pushing the industry forward and making a positive contribution in terms of diversity, mentoring and advocacy.

Winners will be selected by a jury of top creatives and diversity advocates, including past Next Creative Leaders winners, and announced at an upcoming joint The One Club for Creativity-The 3% Movement event to be held in the Fall.