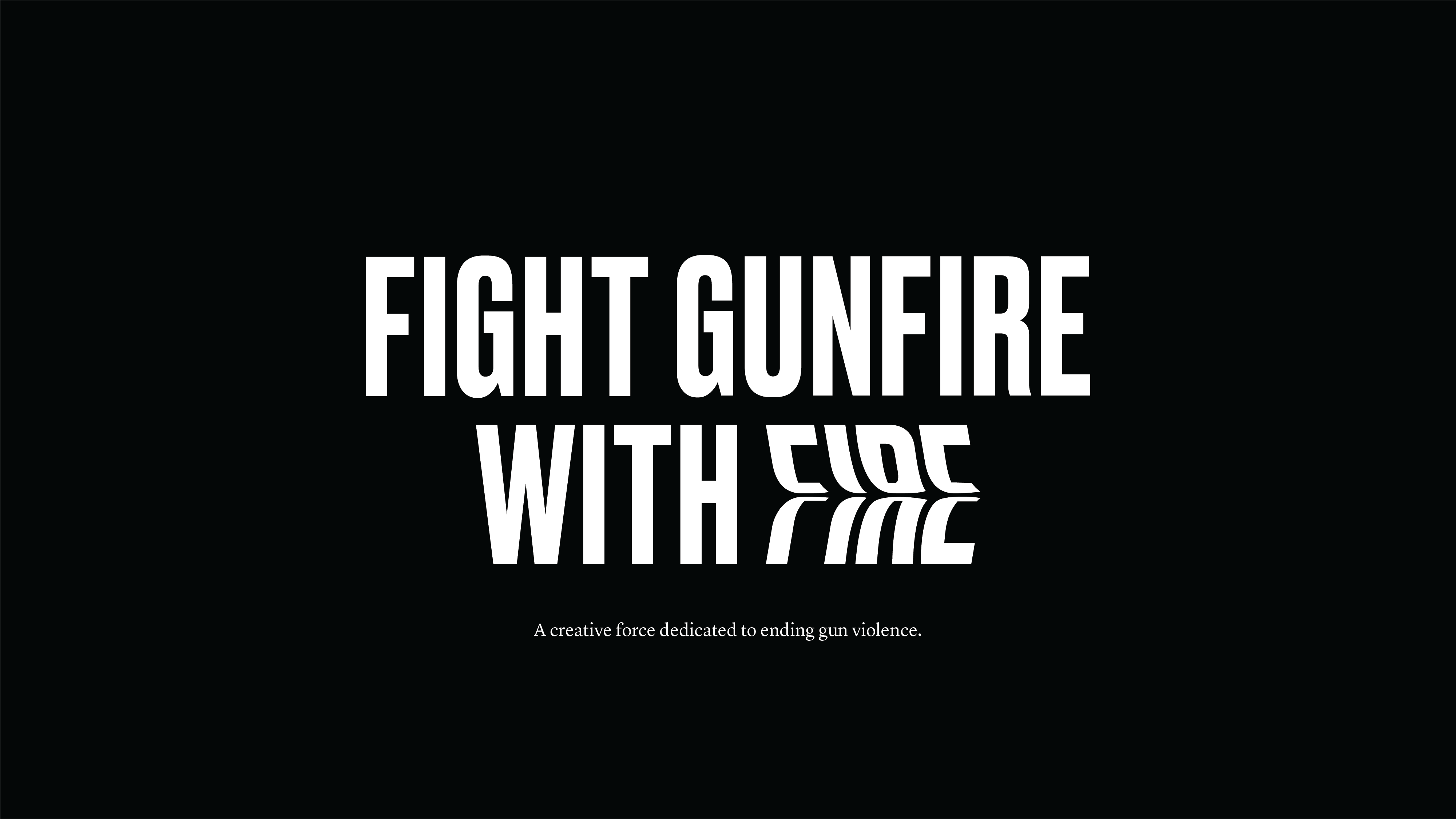 Inspired by recent student activism, The One Club for Creativity, one of the largest non-profit organisations in the advertising world, and MullenLowe, a global advertising agency network, are founding Fight Gunfire With Fire (FGWF), a creative force designed to inspire student creativity in the effort to curb gun violence. The strongest work will be brought to life in partnership with advertising agencies, production and editorial companies, non-profits, and national leaders to create active campaigns.

“Now is the time for us to support our students, who through their vocal actions are making a difference in the fight against gun violence,” said Kevin Swanepoel, CEO of The One Club for Creativity. “Creating Fight Gunfire with Fire is meant to support their efforts further by amplifying their work and finding like-minded creatives to make their visions a reality.”

Fight Gunfire with Fire begins with a creative brief posted on The Young Ones site, where students get information about the scope and goals of the initiative. As opposed to coming up with a big-budget national TV campaign, students are encouraged to create lower-budget grassroots ideas that can be developed and implemented quickly. All ideas submitted by students will be reviewed by the FGWF Creative Fire Council in the fall. The best ones will be showcased on the website and connected to powerful sponsors, including interested agencies, production companies, brands and other organizations that want to take on an idea and bring it to life. There is no fee to enter ideas.

“This is not about the right to bear arms. It’s about the right to send our sons and daughters to school without fearing for their lives,” said Mark Wenneker, chairman of FGWF and CCO of MullenLowe. “Our industry can use its massive powers of persuasion, creativity, and media to help make sure that children are heard and protected.”

The FGWF project provides numerous opportunities for students to address issues that are reaching a crisis point. FGFW seeks common ground on polarizing issues. The creative brief is designed to inspire students to address many issues including, legislative matters—like state reciprocity laws and bans on gun sales to convicted stalkers and violent criminals—as well as related issues like gun buy-back programs, racial profiling, and domestic violence.

With the goal of launching student work into the market, the FGWF Creative Fire Council, made up of industry leaders, brands, influencers, and representatives from brands and non-profits, will review submissions at the beginning of the fall. The strongest ideas will be partnered with agencies, production houses, media companies, and other groups that want to sponsor specific campaigns.

The Creative Fire Council members include:

“The work of these students has inspired us all to use our talents and skills to make a real difference in our communities,” said Fernando Machado, global CMO of Burger King. “I look forward to playing a role in helping fuel that Fire which has proved to be a powerful voice today.”

Once the Creative Fire Council has selected the best student ideas, Mophonics and other trailblazing companies will partner with creative industry leaders to help bring as many ideas as possible to life. These include:

“Combining the power of creativity and activism is something I believe strongly in – and it's a great way for students to make their voices heard to make a difference in today’s world,” said Ida Woldemichael, Creative Director, Everytown for Gun Safety.

Over the next couple of weeks, Fight Gunfire with Fire will reach out to students as they enter summer sessions at the major portfolio schools, and also to drive engagement with agency internship programs. The review of ideas will take place over the summer, as ideas are submitted, and can all be done digitally. The brief resides at: http://www.theyoungones.org/.