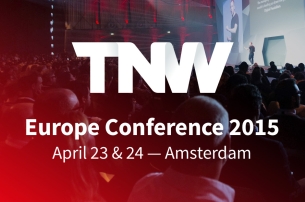 With Europe’s leading technology conference less than a month away, The Next Web Conference has confirmed its final speaker lineup with more than 60 of the most powerful names in technology confirmed to take part in the celebratory 10th Anniversary event on 22 and 23 April in Amsterdam. Headline speakers will include former-VP for the EU Digital Agenda Neelie Kroes, Amazon.com CTO Werner Vogels and the world’s leading expert on productivity, David Allen. You can view the full list of speakers here.

Each year, TNW Conference features the most influential and innovative speakers from a vast range of different backgrounds – from user experience and marketing to investment, policy-making and infrastructure. Further highlights of the 10th Anniversary edition include leading figures from Google, Twitter, Wired and Uber.

Since launching in 2006, TNW Conference has gained an enviable reputation for bringing together the world’s a-list thinkers, ambitious international startups and most inspiring brands to do business and share their ideas. From its conception in Amsterdam, the conference has expanded its reach internationally, with annual events also being held in New York and São Paulo. TNW Europe is the headline event of the series attracting more than 3,500 influential attendees from across the continent.