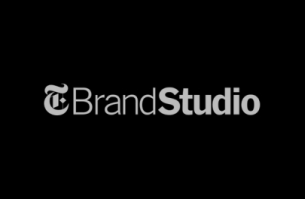 T Brand Studio in London will be led by Kaylee King-Balentine, who takes up the post of director of T Brand Studio, International.  She will lead editorial, creative and video direction on all international content and will work alongside the international sales teams to develop new global business for the Studio.

Ms. King-Balentine is currently executive video producer for T Brand Studio in New York overseeing all video direction and production.  Ms. King-Balentine joined The New York Times in September 2013 as director of sponsored content and is an Emmy Award-winning producer and OMMA and Digiday award-winning director.  She is also the founder of The Selects, a T Brand Studio incubator for up-and-coming filmmakers.

Sebastian Tomich, senior vice president, advertising innovations, The New York Times said: "In 2014 we launched T Brand Studio with a small team that focused on creating branded content at a level of quality people expect from The New York Times. That talented team of designers, writers, producers, developers and strategists has grown four-fold in the last year, and we’re excited to bring our market-leading expertise to international advertisers.

“Kaylee King-Balentine has been an integral part of the Studio team and produced some of our best branded video content to date. Her unique perspective and appreciation of Times-quality content make her the ideal leader to bring our fresh approach to the global market.”

Kaylee King-Balentine, director of T Brand Studio, international, said: “I've been fortunate to be part of T Brand Studio since its inception and in a relatively short time we have established ourselves as a major, award-winning creative operation. We have created beautiful and insightful content for many brands and organizations and I am thrilled to be able to take our expertise worldwide from our new London base.”

T Brand Studio London will be operational from August 2015 with an initial staff of four.  T Brand Studio in New York has completed 70 campaigns for 60 advertisers, including the award-winning campaign about women in prison for Netflix to promote “Orange Is The New Black” and major campaigns for Cole Haan and Google.