The New OK Go Promo Might Just Blow Your Mind

Editors' Choice: Motorised unicycles, umbrellas and the band's most ambitious choreography yet 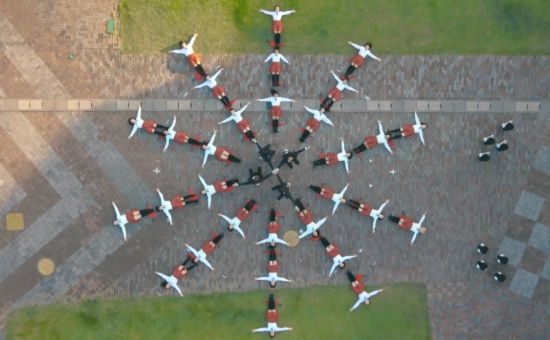 Damian Kulash, the man who earned his place in music video history by popping his band on some treadmills and making them dance in 2006, is back with another ambitious promo for OK Go.

The video for 'I Won't Let You Down', a track from the band's new album 'Hungry Ghosts', sees the band join a cast of hundreds to create a huge-scale choreography involving Honda's 'Unicub' motorised unicycles  and umbrellas.

Devised by Japanese independent agency Mori Inc (the agency's Morihiro Harano was also creative director on the video), the promo is co-directed by Kulash and Kazuaki Seki.

The video follows the one-shot wonder 'The Writing's On the Wall', which was released in June this year and has already clocked up over 11 million views.

Special thanks to: the school girl dancers and Honda