The New Directors’ Showcase at 25: The Countdown Begins 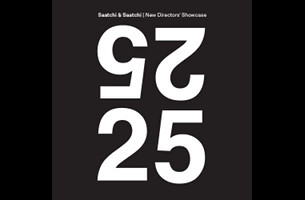 The world was a very different place in 1991. The Soviet Union was breaking up, Apartheid had finally ended in South Africa, AIDS awareness was new news, Gandhi was assassinated and the USA set to action on Operation Desert Storm. What 1991 also saw was the inaugural Saatchi & Saatchi New Directors’ Showcase (NDS).

So while that year was packed full of seminal moments in world history, it’s also clear that it was a bit of a golden age for filmmaking. The NDS reel in its opening year, which was curated by the late, legendary Saatchi & Saatchi ECD Paul Arden, featured the likes of Daniel Kleinman, Jake Scott, David Cronenberg and Tarsem.

It’s now 2015 and the NDS is ready to celebrate its 25th anniversary as one of Cannes Lions’ most anticipated events. In addition to its showcase of new directorial talent the event has become equally known for its outlandishly innovative pre-show spectacles. Previous years have seen flying robots way before drones were a ‘thing’, Professor Richard Dawkins morph into a meme, Tony Kaye emerging from a coffin,  and David la Chappelle choreographing a team of street dancers. Most recently, they turned the audience into lab rats by fitting them with wearable tech that measured emotional reactions to the films as they played.

This year the NDS team at Saatchi & Saatchi has decided to move away from techy firsts and innovative spectacles to put the emphasis firmly on the talents of the directors of which the NDS’ primary aim is to highlight. To mark its 25th anniversary 25 directors from the NDS alumni have been invited to participate in an experiment in film, which will be premiered in Cannes prior to the 2015 reel. To ramp up excitement for the 25 x 25 film, each director that’s set to be involved will be revealed and celebrated on the Saatchi website, so keep your eyes peeled on this advent calendar-style countdown.

Andy Gulliman, Curator of the NDS and Saatchi & Saatchi’s Worldwide Director of Film and Content, commented: “For the past decade I’ve been part of the team of Saatchi & Saatchi’s creative leaders. This group selects the annual NDS Showreel, and I have curated the Showreel for the past two years. Reflecting upon the wealth of directing talent in an archive that goes back to 1991, it’s an amazing visual library with contributions from directors such as Spike Jonze, Michel Gondry, Dawn Shadforth, Jake Scott, Daniel Wolfe and Ivan Zacharias, who now are firmly enlisted in the directing hall of fame. Their directorial styles were an influence then, and continue to be an influence now. With the NDS 25 year anniversary, we would like to celebrate the rich archive and say a big thank you to all the directors who helped to make the event a must on the Cannes Lions calendar.”

In the MTV era of the ‘90s, NDS showreels were heavy on commercials and pop promos, as the pre-YouTube generation hotly anticipated new music videos and ads for youth brands such as Levi’s and Nike. More recent showcases have seen a ramp up in animation, VFX, CGI, computer game promos and Internet famous directors.

The Saatchi & Saatchi New Directors’ Showcase will take place at 10am on Thursday June 25 at le Palais des Festivals in Cannes during Cannes Lions International Festival of Creativity.

In the meantime, check out the Saatchi & Saatchi website as they reveal a gem from the NDS showcase every day… http://saatchi.com/en-us/new-directors-showcase/