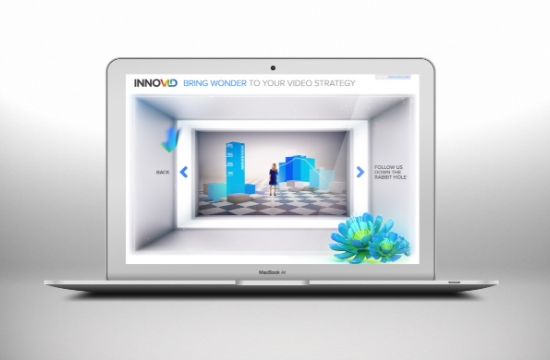 Award-winning design & branding agency The Nation has partnered with Innovid, the leading immersive video technology platform, again on a new integrated campaign entitled, “Brands in Wonderland.” This comes on the heels of The Nation’s hugely successful “Cats” campaign for Innovid last year, which was a viral sensation.

A key tenet of the “Brands in Wonderland” campaign is a web video created by The Nation, which showcases Innovid’s engagement capabilities in immersive video advertising. Paying homage to “Alice in Wonderland,” an Alice character wanders through a computer-generated (CG) world full of noise and distraction from different types of media. She escapes through a tunnel of rainbow-colored 3D cubes rising like a dynamic mosaic, where Innovid greets her with the respite and peace of mind she’s looking for in the fragmented media landscape.

By combining the power of TV with the interactivity of the web, “Innovid’s iRoll formats push the boundaries of digital video, capturing consumer curiosity and driving them deeper into your brand,” says the voiceover. As the CG wonderland continues to unfold, Alice reimagines the possibilities for interactive engagement across multiple screens with Innovid. The video closes with the tagline, “Create curiosity, deliver wonder, measure enchantment.”

“The Nation has proven itself to be a masterfully creative partner yet again,” says Maria Pousá, VP of Marketing at Innovid. “This campaign was about showcasing our high-level capabilities in creative execution, and the ‘Alice in Wonderland’ video fulfills our promise to the market with just the right amount of whimsical VFX magic and flair. They brought a deep understanding of how to convey our brand values through their production and design savvy. We’re really thrilled with the final product.” 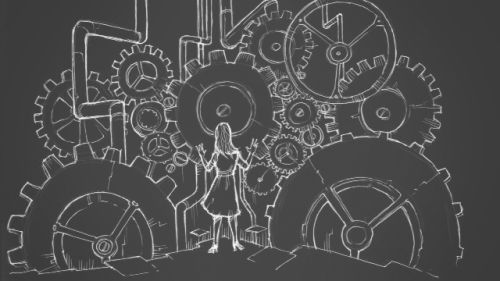 The Nation handled the soup-to-nuts process, from concept, casting and production to editorial, CG and postproduction. The idea was to create a white world in post and seamlessly incorporate Alice into it. As a solution, The Nation shot the actress at a white cyclorama (cyc) studio instead of against a greenscreen.

“Shooting it this way allowed us to composite and add elements on top of the white environment without having to deal with the green reflections found in greenscreen settings,” explains Linus Lam, The Nation Partner/Managing Director. “Ultimately, simplifying the post process gave us more flexibility and helped us achieve the film more economically – yet we were still able to retain a high level of production to this piece.”

“Our greatest creative challenge was to combine the story of Alice with the story of Innovid,” concludes Alejandro Melguizo, The Nation Partner/Creative Director. “To do so, we had to strip down all of the Alice imagery without losing the essence. For example, the metaphor of Alice falling into the hole represents the curiosity of the consumer while Alice following the butterfly implies the interactivity and engagement that Innovid offers. We continually tried the keep the right balance between the two stories.”