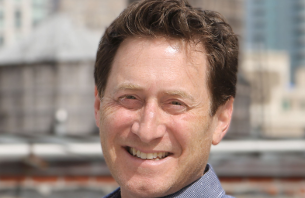 Things are sounding good at The Napoleon Group’s suite of Manhattan studios, where veteran agency and audio producer Gregg Singer has joined the company as Executive Producer of its newly-launched Napoleon Audio. Singer’s hire was announced by Marty Napoleon, Founder and Chief Creative Officer of the creative production and post house.

The naming of Singer, who spent a decade leading the audio production division of Sound Lounge, continues the company’s year-long period of expansion into new lines of business. “Gregg is going to make a great contribution to what we’re building here, and we’re delighted to have him on board,” says Napoleon. “He knows every facet of our industry inside out, and places a high value on collaboration, flexibility, quality and integrity – and that’s music to our ears.”

Singer’s professional experience ranges from TV and radio production, marketing, advertising and creative development to sales, management, budgeting and strategic planning.  A Film & TV graduate of the Newhouse School at Syracuse, he got his start working on commercial shoots in New York. Desiring a more creative environment, he transitioned to the agency side and worked his way up through the production department ranks. His experience includes working as a Producer, Senior Producer or Head of Production at such shops as JWT, BBDO, Bozell/Eskew, Cline Davis Mann and Kirshenbaum & Bond.

Wanting a bigger challenge, he left the agency world and joined the audio post facility Sound Lounge in 2002 to launch a full-service audio production company, adding a new dimension to its work in audio mixing. He left Sound Lounge in 2011 after growing the production arm into a multi-million dollar business, and most recently was a Partner and EP at Propeller Music Group.

Napoleon Audio features two independent control rooms, each designed with a contemporary aesthetic that combines plush appointments with polished hardwood. The rooms feature mirrored gear, shared ISDN capabilities, a common network and separate isolation booths that can be linked or paired with either control room for simultaneous recording. Alongside the suites is an acoustically-treated stage that connects to the control rooms and enables the capture of live performances.

Singer intends to build on his previous accomplishments by integrating Napoleon’s audio capabilities with the group’s soup-to-nuts offering that spans pre-viz through live action production and post. “We’re creating a true full-service audio production company within The Napoleon Group,” he explains. “This will encompass everything from audio recording and mixing to in-studio direction and supervision, creative writing, sound design, original and stock music, music supervision and licensing, voice-over work and on-camera casting. It’s going to be a highly efficient and nimble resource for agencies and brands.” Napoleon Audio will also offer trafficking, talent services, location recording and foreign language services, he adds.

No stranger to the company or its culture, Singer was introduced to the shop in his earliest days in the industry. “As a young agency assistant producer, Napoleon Group was one of the first facilities I worked with,” he recalls. “I learned an enormous amount of my producing skills here. I’ve known Marty for over 28 years and have always recognized his commitment to excellence and innovation, as well as what a great guy he is. Those qualities resonate not just through this facility, but through all the people who work here, too.

“This space is a beautiful and warm place to work, and the people are like a big extended family, some of whom have worked here for many, many years,” Singer continues. “So when they reached out to me to join them and help create this expansion of audio services, it was an obvious no-brainer. I’m home.” 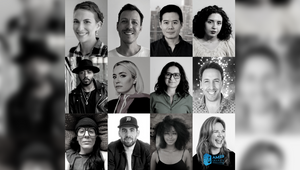 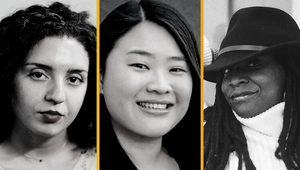 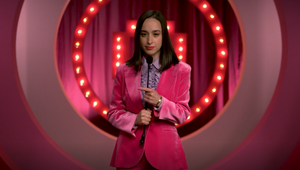