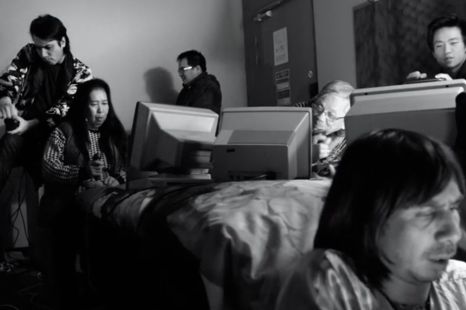 The three members of the Naive New Beaters band have been filmed in a tongue-in-cheek documentary now available online.

The Naive New Beaters do not shy away from experimentation. Last year, they released a 360 music video for their song Heal Tomorrow.

The pop band now embark on a post-tour journey inside a Parisian hotel, where they try to recover after performing and travelling all over the world.

Will they suffer a nervous breakdown or will they find their energy back in the cosy comfort of the hotel? Find out in the Do Not Disturb documentary, a piece of branded content created by BETC Paris for ibis.