The Music+Sound Awards Talk To: Dan Bewick at The Elements Music 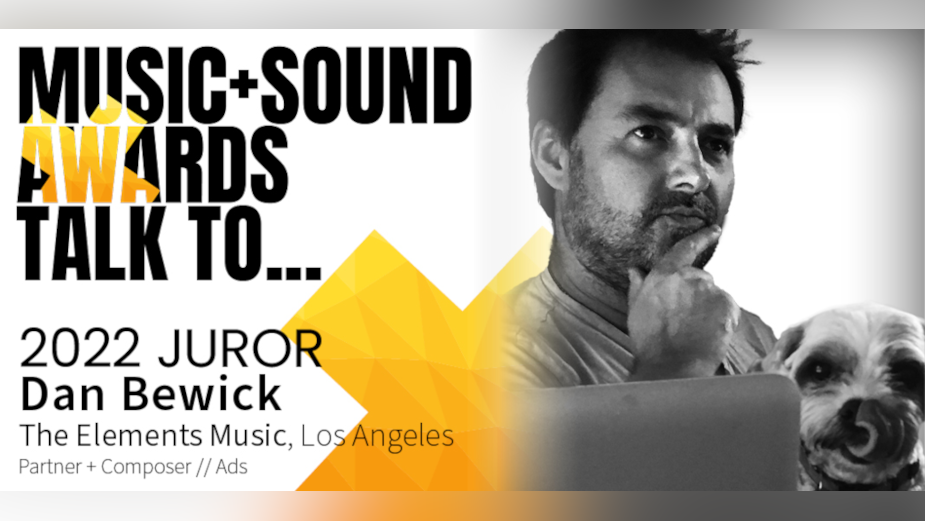 Dan Bewick is an award-winning British composer, producer, sound designer, and DJ. He began his career as one half of the multi-platinum selling group, The Dirty Rotten Scoundrels, and throughout his career has produced numerous club and crossover hits accruing sales in the millions worldwide.

Having always had a passion for writing bespoke music to picture, he easily turned the skills he acquired whilst making records toward creating award-winning scores and sound design for feature films, computer games, and commercials.

Dan met his Elements Music partner, Andy Carroll, in 2011 and worked with him forming the bespoke music and sound design company Atom Audio Productions. This union led to a successful collaboration and, in 2015, a partnership with the US company, The Elements Music, where he is now partner and creative director living in Los Angeles and working from the company’s studios in Santa Monica.

Since the move to the US, Dan has been prolific in the volume and quality of music and sound design he’s written and produced for brands like TikTok, Nike, Audi, Toyota, Miller Lite and Disney, his music again crossing over into the mainstream commercial world with over 40 million YouTube views of ‘This is a phone’, an original track scored for Samsung Galaxy with hundreds of threads of people literally asking ‘Where can I get that track?’.

As a partner, he’s busy producing projects across the board to include recording name artists and musicians for promos for leading TV networks such as NBC and Universal on award-winning shows ‘The Voice’, ‘Brooklyn99’, and Super Bowl campaigns.

“He’s brilliantly gregarious and extremely hard-working, with a relentless attitude to writing the best music and sound he can for every project. He’s the guy you want on your team to get it over the line every time.” Says Elements co-founder, J Bonilla.

Over to you Dan…

MASA> At what point did you realise that music was your THING? How did you get your first break in the industry and can we hear a little about your career path to date?

Dan> Not sure there ever was a moment of realisation in all honesty. Music has always been part of my life. My first memories are getting out of bed and quietly going downstairs and playing my mother’s records.

I started tinkering with music on our piano at home, then got my first sequencer at the age of 15, a free piece of software called Pro Tracker on the Commodore Amiga!. At 16 I got signed to a publisher and started DJ’ing, and ultimately found myself becoming a part of the electronic club and crossover music scene for over two decades. However, my passion really lay in composing for picture, which I did whenever I could. In 2001 I chose to focus more on that, and that led me to composition for advertising in between longer form jobs. In around 2007 I met J Bonilla and Ian Dalsemer (the founders of The Elements) whilst on an LA trip with my publisher at the time. We bonded, and proceeded to spend several years throwing projects back and forth across the pond, being based in London as I was then. Then in 2015, as I was working closely with Andy Carroll on original composition, he and I made another trip stateside, met again with J and Ian, and decided to join forces and see where we could all take The Elements.

MASA> The Elements Music is one of the most successful global music and sound production companies in the industry. You work with exciting brands. Has there been a favourite ad for you recently? And what about one that’s perhaps thrown up more challenges than most?

Dan> Very kind of you to say! That’s a tough question. We get emotionally invested in a lot of our jobs, especially if the message is close to our hearts. We’re very lucky to be able to work on some conceptually amazing material. That said, one that recently jumps to mind is our work on Chipotle - “A Future Begins”, where we collaborated with Grammy-winner Kacey Musgraves, Observatory, and Nexus Studios. There are so many reasons we loved working on this. The message regards sustainable farming, the incredible and beautiful work on the animation, story, and modelling that Nexus Studios and director Johnny Kelly spent months creating, having the opportunity to rework what is a modern classic from Coldplay with 'Fix You', and of course, getting to work with Kacey and her team.

In regards to more challenging projects, all jobs have their challenges whether it be logistical, creative or any number of fires that may pop up during production, so I wouldn't want to single out a particular project! That said, we believe part of what we do is making sure things go as easily and smoothly as possible, and all parties get the best for their creative vision.

MASA> As creative director, what does the balance between composing, producing other’s work and music supervision generally look like?

Dan> Part of what keeps things fun and interesting is being able to put my creative director hat on for some projects, and my writing/composition hat for others. If there’s a project that really resonates with me stylistically, I may well get stuck in and write some original music for it, which is always fun. However, we work with so many fantastically talented composers, that we always have our bases covered. I may also work alongside another composer and get into additional production on a track, especially if the project seems like it may require a lot of back and forth with client and we don't want to put our composer through numerous revisions. Other times I’m working in a more traditional music creative director role where I’m helping to oversee the work of our composers, and giving them creative feedback in order to get tracks into a place ready for client presentation. In regards to Music Supervision, we’re very lucky to have Nick Maker recently join our merry band so he now heads up that side. Bless that man. That said, the creative directors often huddle together to discuss directional options and presentations even on Music Supervision projects. I must also mention our amazing teams in the US and London. Their support and creative and productive input is second to none, and we couldn't thrive without them.

MASA> A few months ago The Elements Music became one of only three global music partners to TikTok. Huge congratulations! That is one good gig. Can you tell us about what it’s going to involve?

Dan> Yeah, this was a biggie for us. We connected with the music team at TikTok early last year, and our approach of being obsessed with record-quality production for our custom music-for-media projects really resonated with them. Shortly after meeting with them, they brought us on to create music for a branded hashtag challenge, which ended up being one of the most successful they’d executed to date. From that point on, we were working pretty much non-stop with them on branded custom music executions. Then, last Autumn, they selected us as an official global Custom Music and Sound Partner. What that means is that they’ve vetted and educated us on all things related to custom music and sound on the platform, such that we can be partnered directly with brands and guide them expertly through the entire process of using sound to really light up their audiences.

MASA> Have you noticed any particular trends currently in terms of what type of music is being sought?

Dan> Music trends obviously come and go, however we’re definitely seeing a leaning towards authenticity overall, which is exactly where we thrive. We obsess over creating music-for-media that has the production value and sonics of a hit record, and that’s a trend that is not going away. We believe the days of disposable 'Ad music' are likely behind us, and brands want music that feels ‘real’ and resonates with listeners. Consumers these days have access to music like never before, and even the lay(wo)man is getting a more discerning ear due to the availability of great music on not only streaming platforms, but also social media. The partners at our company all come from a background of producing and writing records for major recording artists, and those production values are ingrained in the DNA of our creative process, whatever the genre.

MASA> How do you think a competition like The Music+Sound Awards impacts the industry?

Dan> What’s not to love!? We all spend a lot of time focused on the work in front of us. MASA and the like are a fantastic opportunity to view the work that others are proud of. For me, they become brain trusts of creative innovation and hopefully set new benchmarks for what’s achievable within the medium.

MASA: And lastly, what will you be looking for when judging? What makes a piece of work worthy of a Music+Sound Award?

Dan> I’ll obviously be listening intently for production value. I also have a soft spot for hybridisation of styles. So, while I hope there will be some interesting melding's of musical styles, what will really catch my ear is innovative blending of picture to audio that enhances the story telling and accents the emotional arc of the piece. I love it when a piece of music can make the visual jump off the screen and connect with you physically and emotionally. That’s what makes award-winning work.

MASA> Well thank you so much Dan for taking the time to chat here. You have the ears of a master and it’s wonderful having your input on the jury this year.

Find out more about Dan and The Elements Music HERE 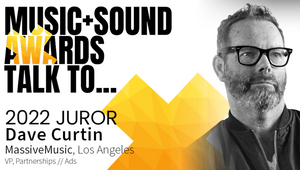 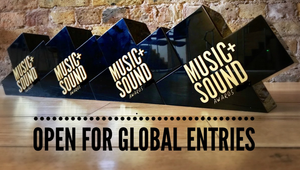 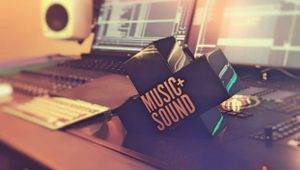 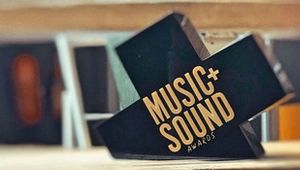